WHY ATHEISM WILL REPLACE RELIGION 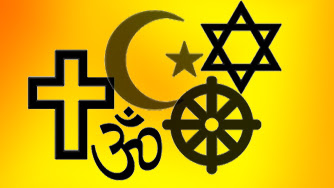 Atheists are heavily concentrated in economically developed countries, particularly the social democracies of Europe. In underdeveloped countries, there are virtually no atheists. Atheism is a peculiarly modern phenomenon. Why do modern conditions produce atheism? In a new study to be published in August, I provided compelling evidence that atheism increases along with the quality of life (1).

First, as to the distribution of atheism in the world, a clear pattern can be discerned. In sub-Saharan Africa there is almost no atheism (2). Belief in God declines in more developed countries and atheism is concentrated in Europe in countries such as Sweden (64% nonbelievers), Denmark (48%), France (44%) and Germany (42%). In contrast, the incidence of atheism in most sub-Saharan countries is below 1%.

The question of why economically developed countries turn to atheism has been batted around by anthropologists for about eighty years. Anthropologist James Fraser proposed that scientific prediction and control of nature supplants religion as a means of controlling uncertainty in our lives. This hunch is supported by data showing that the more educated countries have higher levels of non belief and there are strong correlations between atheism and intelligence.

Atheists are more likely to be college-educated people who live in cities and they are highly concentrated in the social democracies of Europe. Atheism thus blossoms amid affluence where most people feel economically secure. But why?

It seems that people turn to religion as a salve for the difficulties and uncertainties of their lives. In social democracies, there is less fear and uncertainty about the future because social welfare programs provide a safety net and better health care means that fewer people can expect to die young. People who are less vulnerable to the hostile forces of nature feel more in control of their lives and less in need of religion. Hence my finding of belief in God being higher in countries with a heavy load of infectious diseases.

In my new study of 137 countries (1), I also found that atheism increases for countries with a well-developed welfare state (as indexed by high taxation rates). Moreover, countries with a more equal distribution of income had more atheists. My study improved on earlier research by taking account of whether a country is mostly Moslem (where atheism is criminalized) or formerly Communist (where religion was suppressed) and accounted for three-quarters of country differences in atheism.

In addition to being the opium of the people (as Karl Marx contemptuously phrased it), religion may also promote fertility, particularly by promoting marriage (3). Large families are preferred in agricultural countries as a source of free labor. In developed countries, by contrast, women have exceptionally small families. I found that atheism was lower in countries where a lot of people worked on the land.

Even the psychological functions of religion face stiff competition today. In modern societies, when people experience psychological difficulties they turn to their doctor, psychologist, or psychiatrist. They want a scientific fix and prefer the real psychotropic medicines dished out by physicians to the metaphorical opiates offered by religion. No wonder that atheism increases along with third-level educational enrollment (1).

The reasons that churches lose ground in developed countries can be summarized in market terms. First, with better science, and with government safety nets, and smaller families, there is less fear and uncertainty in people's daily lives and hence less of a market for religion. At the same time many alternative products are being offered, such as psychotropic medicines and electronic entertainment that have fewer strings attached and that do not require slavish conformity to unscientific beliefs.


Nigel Barber, Ph.D.
Hailing from Ireland, Nigel Barber received his Ph.D. in Biopsychology from Hunter College, CUNY, and taught psychology at Bemidji State University and Birmingham Southern College. A prolific cross-national researcher, Barber accounts for societal differences in sexual and reproductive behavior using an evolutionary approach. Books include Why Parents Matter, The Science of Romance, Kindness in a Cruel World, and The Myth of Culture: Why We Need a Genuine Natural Science of Societies. Interests include finance, organic gardening, and hiking.

Barber, N. (2012). Why atheism will replace religion: The triumph of earthly pleasures over pie in the sky. E-book, available at: http://www.amazon.com/Atheism-Will-Replace-Religion-ebook/dp/B00886ZSJ6/