BUCK THE CULTURE BY REINVENTING YOURSELF 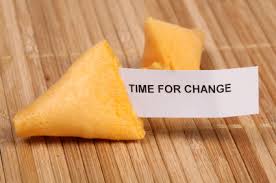 Remember some of the great bands of the 60’s and 70’s?  Three Dog Night, Led Zepplin, Blood, Sweat and Tears, Rare Earth, and even the Monkees? What songs do you remember? Probably, songs they recorded during that specific period.

Then think about the Rolling Stones, Paul McCartney, Elton John, or Dylan, and what do you remember?
Chances are, you remember something much more recent. That’s because most of the great bands of the 60’s and 70’s got stuck. They couldn’t break out of the era of their initial success. Sure they continue to play, but while they used to pack any arena in America, today you’ll probably find them performing at State Fairs or Indian Casinos.

On the other hand, in spite of their age, the Stones, McCartney, Elton John, and a handful of others are still booking world tours in massive arenas, and have a new generation of fans. Why?

Some bands manage to reinvent themselves. They keep from getting stale, or locked into the period when they experienced their initial or biggest success. It’s no different for any creative artist, leader, writer, filmmaker – even pastor.  The truth is, the world changes, culture changes, tastes change, and people change. As I said in my book “Jolt!”: “Change is coming whether you like it or not, and whether you’re ready or not.”

Contrary to what some people think, reinvention doesn’t mean compromise, or shifting from who you really are.  So if you have a message and want to keep that message relevant, and continue finding an audience, here’s 5 things to consider:

1) Be willing to take a risk.  Success is comfortable, but to transition to a new generation, you need to be willing to try something new – and potentially fail in the process. Most of the major bands that continue to be relevant released a few dud albums over the years, but that didn’t stop them from innovating. Keep exploring and trying something new.

2) You can’t fake long term success.  Sure, “The Last Train to Clarksville” was a huge hit, but years later, The Monkees couldn’t replicate that success. Real talent carries you for the long haul.

3) Get out of the bubble.  You may be the King of the Polka right now, but you need to know more about music than that.  If you don’t, a hotter polka artist will eat your lunch. In other areas, I know preachers who were successful in the 80’s, who today couldn’t draw a crowd if they set themselves on fire. Just because it worked 10 or 20 years ago, doesn’t mean it will work today.

4) Plan for the future.  My friend, Ralph Winter, who produced the blockbuster films “X-Men” and “Wolverine” says being successful in Hollywood isn’t about knowing what’s popular now. By the time you find the right story, develop pre-production, then film it, then do post production and distribution, a major film takes five or more years to bring to the market. Do you know what will be popular in your business five years from now? Start thinking ahead.

5) Finally, you may not like where the culture is going, but get used to it.  Far too many talented people quit because they don’t agree with what’s popular, what’s selling, or what works. See above: Change is coming whether you like it or not, and whether you’re ready or not.

Remember – don’t sell out. Don’t compromise. But don’t be arrogant either. After all, no matter how great your film idea, book, sermon, business – whatever – if nobody’s listening, you’ve failed.

Phil Cooke is a media consultant focused mainly on the Christian market, as well as a vocal critic of contemporary American and American-influenced Christian culture.