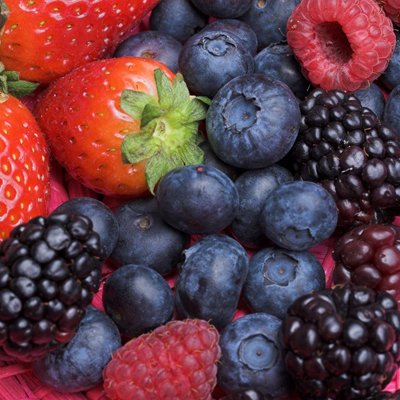 Women who ate at least three servings of blueberries and strawberries per week had fewer heart attacks, U.S. and British researchers say.

Senior author Eric Rimm of the Harvard School of Public Health in Boston said blueberries and strawberries were used simply because they are the most eaten berries in the United States.

Researchers at the Harvard School of Public Health and the University of East Anglia in England conducted a prospective study among 93,600 women ages 25-42, part of the Nurses' Health Study II. The women completed questionnaires about their diet every four years for 18 years.

During the study, 405 heart attacks occurred.

The study, published in Circulation: Journal of the American Heart Association, found the women who ate the most blueberries and strawberries had a 32-percent reduction in their risk of heart attack compared to women who ate the berries once a month or less -- even in women who otherwise ate a diet rich in other fruits and vegetables.

"Blueberries and strawberries contain high levels of compounds that have cardiovascular benefits," Rimm said in a statement.

Blueberries and strawberries contain high levels of dietary flavonoids found in grapes and wine, blackberries, eggplant and other fruits and vegetables. A specific sub-class of flavonoids, called anthocyanins, might help dilate arteries, counter the buildup of plaque and provide other cardiovascular benefits, Rimm said.

Posted by pratanacoffeetalk at 8:40 AM