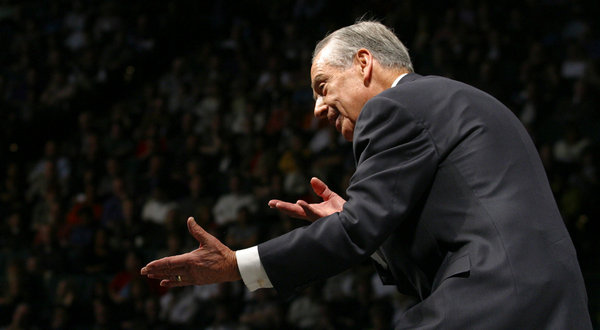 Motivational speaker Zig Ziglar, who wrote more than 30 books and focused on positivity and leading a balanced life, died Wednesday in Texas. He was 86.

Ziglar, who had been suffering from pneumonia, died at a hospital in the Dallas suburb of Plano, said his personal assistant, Jay Hellwig.

With an aim at helping people achieve success in their careers and personal lives, in addition to a focus on Christianity, Ziglar was a prolific speaker who appeared at events alongside world leaders including several U.S. presidents and former British Prime Minister Margaret Thatcher.

“Mr. Ziglar was the same guy behind the closed doors as he was preparing for his presentations to thousands of people that he was when we were sitting at the kitchen table and he was reading the newspaper,” Hellwig said.

“He was positive. He was hopeful. You just never heard negativity from Zig Ziglar,” Graham said. “It wasn’t just something he did on a platform. This was who he was. This is how he lived his life. And he helped so many people.”

“He was a leader of leaders and a mentor of mentors and all that you can say,” he added.

Ziglar started his full-time career in motivational speaking when he was in his 40s. His first book was “See You at the Top.”

Hellwig said Ziglar “accepted Jesus Christ as his savior” at the age of 45 and “ever since, that day is what he said was the turning point of his life.”

“He also had the uncanny ability to make everyone he ran into feel like they were his friend,” Hellwig said.

Ziglar was a World War II veteran who grew up in Yazoo City, Miss., and then went to work in sales for a series of companies, where his interest in motivational speaking grew, according to his Plano-based company’s website. Hellwig said Ziglar moved to Dallas in the late 1960s.

His book, “Confessions of a Grieving Christian,” was written after the 1995 death of his oldest daughter, Suzan Ziglar Witmeyer, at the age of 46.

After a 2007 fall down a flight of stairs left him with a brain injury, Ziglar, along with another daughter, Julie Ziglar Norman, wrote “Embrace the Struggle,” a book that described how his life changed after the injury.

In addition to his daughter, Ziglar is survived by his wife Jean, with whom he celebrated 66 years of marriage on Monday; his son, Tom Ziglar; and daughter Cindy Ziglar Oates.

A memorial service is set for Saturday at Prestonwood Baptist Church. 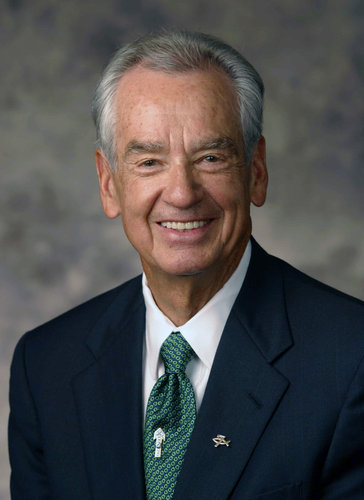 If you aim at nothing, you will hit it every time. Attitude, not aptitude, determines altitude. Among the things you can give and still keep are your word, a smile and a grateful heart. There are no traffic jams on the extra mile.

Zig Ziglar said so, over and over and over, and he made a fine living doing it. For more than 40 years he traveled the nation and the world as a motivational speaker, stirring corporate groups with his distinctive blend of sound-bite optimism, country wit, Christian faith and good-natured nudging for people to see the bright side of life. The Ziglar Way, he called it.

“When I leave,” Mr. Ziglar said in an interview late in his life, “we want to be sure to leave all of the messages that we can.”

Mr. Ziglar, who died on Wednesday in Plano, Tex., at 86, left many, many messages. He reached people through more than two dozen books with total sales well into the millions; through his children, who have helped run his company; through cassette tapes and later podcasts; and of course through his personal presentations. At his busiest, he said, he spoke 150 times a year, and well into his 70s he was speaking 60 times a year. His fee was $50,000 a speech, plus expenses.

He had a formula: Prepare extensively every time, be funny (“Every seven to nine minutes I’ll have them laughing”), and frequently reinforce the broader message (“I make certain that every five minutes I’m giving them a concept, an idea, a process, a hope builder”).

He told a story about a woman in Alabama who he said was bitter about her job and angry with her co-workers. He advised her to write down whatever positives she could thing of — the solid paycheck, the benefits, the vacation time — and then stare into the mirror and say how much she loved her job. Six weeks later, he ran into her again.

“I’m doing wonderfully well,” she told him with a bright smile, adding, “You cannot believe how much those people down there have changed.”

Hilary Hinton Ziglar was born Nov. 6, 1926, in Gary, Ind. The 10th of 12 children, he grew up in Yazoo City, Miss., where his father moved the family after accepting a job as manager of a farm. His father died soon after the move, when Mr. Zigler was 5. Mr. Zigler enrolled in a Navy college training program during World War II but did not graduate.

He died of pneumonia, said Jay Hellwig, a family spokesman. Survivors include his wife of 66 years, Jean; two daughters, Julie Norman and Cindy Oates; a son, Tom; 7 grandchildren; 12 great-grandchildren; and one great-great-grandson.

After a long and difficult career as a salesman, pitching products as diverse as cookware and insurance, Mr. Ziglar decided that the product he sold best was his own energy and optimism. He began speaking to sales groups in the 1950s, but he could not afford to do it full time until the early 1970s.

He often said that the turning point in his career was when he became a born-again Christian in 1972 and began teaching “biblical principles,” though he did not necessarily label them as that in his presentations.

“Our whole philosophy’s built around the concept that you can have everything in life you want if you will just help enough other people get what they want,” he told Brian Lamb in an interview for the C-Span program “Booknotes” in 2002. “That works in your personal life, your physical life. It works in corporate America. It works in government. It works everywhere.”

Posted by pratanacoffeetalk at 3:37 PM