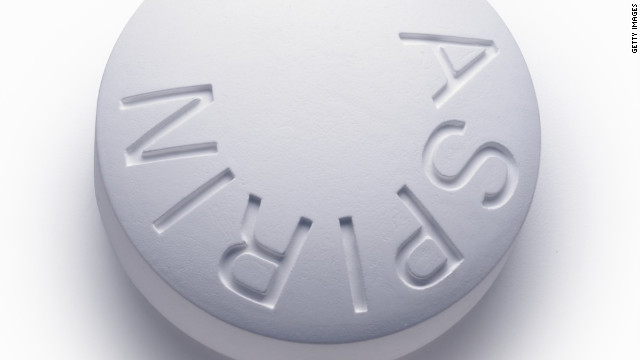 For more than a decade, studies have shown that some cancer patients benefit from taking aspirin, but who exactly might benefit remained unclear.  Now a new study appears to have found a specific patient population that may live longer by taking this drug: Colon cancer patients.

After reviewing data from 964 colorectal cancer patients, researchers at the Dana-Farber Cancer Institute in Boston found when patients whose tumors had a mutated form of the PIK3CA gene took aspirin after being diagnosed, they lived significantly longer than patients without the mutation.

Patients who didn't have the PIK3CA mutation didn't seem to benefit from taking aspirin.

"Although these data are exciting and intriguing, they need to considered as preliminary and will require validation in prospective studies, given the small number of patients included in this study," says Dr. Boris Pasche, director of hematology/oncology at the University of Alabama at Birmingham, in an accompanying editorial. That's because only 66 patients taking aspirin had the PIK3CA mutation.

But he's excited about the prospect that something as simple and as inexpensive as aspirin could help some colon cancer patients live longer.  "Aspirin may well become one of the oldest drugs to be used as a 21st century targeted therapy," he writes.

"Colorectal cancer is the third leading cause of cancer-related deaths in the United States when men and women are considered separately, and the second leading cause when both sexes are combined," according to the American Cancer Society.

If these study results are also seen in larger studies, it could be a major plus for colon cancer patients if simply adding aspirin could help them live longer, Pasche tells CNN. In his editorial, he writes: "Since more than one in six primary colorectal tumors harbors PIK3CA mutations, targeted use of adjuvant aspirin could have a major effect on the treatment of colorectal cancer."

This research builds on a story that's been emerging over the last decade when it comes to aspirin as an added treatment for colon cancer, says Dr. Ernest Hawk, vice president for Cancer Prevention and Population Sciences at Houston's MD Anderson Cancer Center.  Hawk, who was not involved in the research, calls this a "very compelling study" because it suggests "aspirin works better than some chemotherapies."  He also believes that testing patients for this particular genetic mutation should be completely doable, since most pathology labs today now have the ability to test the DNA of tumors.

Hawk agrees more research is needed because this is just one study in a highly selective population. The 900-plus patient records were drawn from the two studies involving female and male health care professionals, people who may be healthier and more compliant than other patients.

He says larger trials are needed not just to validate these results but to provide more clarity on optimal dosing, whether location of the tumor makes a difference in benefit and to determine how long patients have to continue to take aspirin. He says these are all pieces of this puzzle that must be found before recommending aspirin as a treatment.

While the exact role aspirin plays in cancer prevention is not fully known, Pasche suggests that the same ability of the drug to block an enzyme called cyclooxygenase-2 or COX-2 and reduce inflammation may also block a cancer cell's ability to thrive and reproduce.
---------------------
http://thechart.blogs.cnn.com/2012/10/25/study-taking-aspirin-may-extend-survival-for-some-colon-cancer-patients/?hpt=he_bn4
Posted by pratanacoffeetalk at 7:58 AM