Social media company Facebook Inc. said on Thursday it reached the 1 billion active monthly users threshold last month, and is up by 45 million users since June.

Facebook has faced a rough debut since its May initial public offering. Investors and analysts have fretted about a sharp slowdown in its revenue growth. Shares of Facebook remain well below the $38 debut price.

Facebook, based in Menlo Park, Calif., hit the 1 billion milestone on Sept. 14 at 12:45 p.m. Pacific time, the company said on its website. It added that it had 600 million mobile users, according to a fact sheet posted on its website.

In an interview on NBC's "Today" show broadcast on Thursday, Chief Executive Mark Zuckerberg was asked by co-anchor Matt Lauer about how, with 1 billion users, the company wasn't "killing it," making money.

"I think it depends on your definition of ‘killing it.' I mean we are making billions of dollars," Zuckerberg said. Facebook reported that revenue increased by 32 percent to $1.18 billion in the second quarter.

The 28-year-old CEO talked about the growth potential from mobile users. "There's 5 billion people in the world who have phones, so we should be able to serve many more people and grow the user base there," he said.

The 1 billion user count is up from the end of June, when it had 955 million active monthly users.

The company also said it has seen 1.13 trillion "likes," or endorsements by users, since the company launched the feature in February 2009. Many advertising campaigns that companies conduct on Facebook are designed to garner "likes." 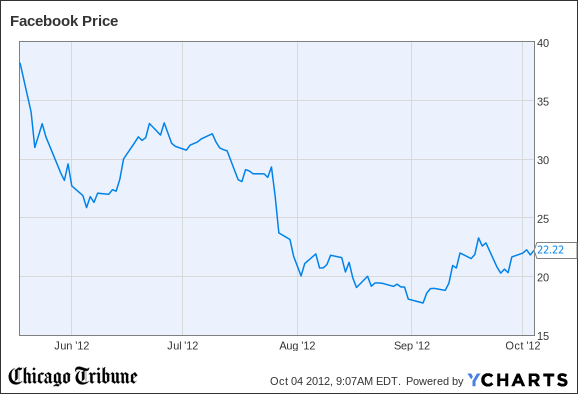 About 17 billion location-tagged posts were made on the website, Facebook said, and 62.6 million songs have been played 22 billion times since September 2011.

The median age of a Facebook user was 22, it said, and the top five user countries were Brazil, India, Indonesia, Mexico and the United States.

The new data came a day after the company said it was letting U.S. users pay a fee to boost the visibility of their postings - its latest effort to look beyond advertising for revenue.

Advertising accounted for roughly 84 percent of the total revenue in the second quarter.

Shares of Facebook rose 1.8 percent to $22.23 in premarket trading on Thursday.

Posted by pratanacoffeetalk at 8:46 PM