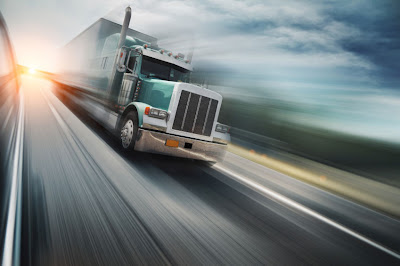 I was on the outskirts of a little Southern town, trying to reach my destination before the sun went down. The old CB was blaring away on channel 1-9, when there came a little boy's voice on the radio line. He said, "Breaker 1-9, is anyone there? Come on back, truckers, and talk to Teddy Bear."

I keyed the mike and said, "You got it, Teddy Bear."

The little boy's voice came back on the air, appreciate the break. "W
ho we got on the other end?"

I told him my handle and then he began.

"Now I'm not supposed to bother you boys out there. Mom says you're busy and for me to stay off the air. But you see, I get lonely and it helps to talk cause that's about all I can do. I'm crippled and cannot walk."

I came back and told him to fire up that mike, I'd talk to him as long as he'd like.

"This was my dad's radio," the little boy said, "but I guess it's mine and Mom's now cause my daddy's dead. Dad had a wreck about a month ago. He was trying to get home in a blinding snow. Mom has to work now to make ends meet. I'm not much help with my crippled feet. She says not to worry that she'll make it all right. But I hear her crying sometimes late at night.

"You know, there's one thing I want more than anything else to see. Ah I know you guys are too busy to bother with me. But, you see, my dad used to take me for rides when he was home. But I guess that's all over now since my daddy's gone."

Not one breaker came in on that CB as that little crippled boy talked to me. I tried hard to swallow the lump, it just would not stay down as I thought about my boy
in at home in hometown.

He continued, "Dad was going to take Mom and me with him later on this year. I remember him saying, 'Someday this old truck will be yours, Teddy Bear.' But I know I will never get to ride in an 18-wheeler again. But this old base will keep me in touch with all my trucker friends. Teddy Bear's going to back out now and leave you alone cause it's almost time for Mom to come home. But you give me a shout when you're passing through and I'll be happy to come back to you."

He gave me his home address and I didn't hesitate one second because this hot load of freight was just gonna have to wait. I turned that truck around on a dime and headed for Jackson Street 229.

As I rounded the corner, I got one heck of a shock, 18-wheelers lined up for three city blocks. I guess every trucker from miles around had caught Teddy Bear's call, and that little boy was having a ball.

For as fast as one driver would carry him in, another would carry him to his truck and they'd take off again. Well you better believe I took my turn at riding Teddy Bear. And then I carried him back in and put him down in his chair.

Buddy, if I never live to see happiness again, I want you to know I saw it that day in the face of that little man. We took up a collection before his mom came home. Each driver said goodbye and then they were gone. He shook my hand with a mile-long grin and said, "So long trucker, I'll catch you again."

I hit that interstate with tears in my eyes. I turned on my radio and got another surprise.

"Breaker 1-9," came a voice on the air, "just one word of thanks from Mom Teddy Bear. We wish each and every one a special prayer for you cause you just made my little boy's dream come true. I'll sign off now before I start to cry. May God ride with you; 10-4 and goodbye."

Posted by pratanacoffeetalk at 8:13 AM