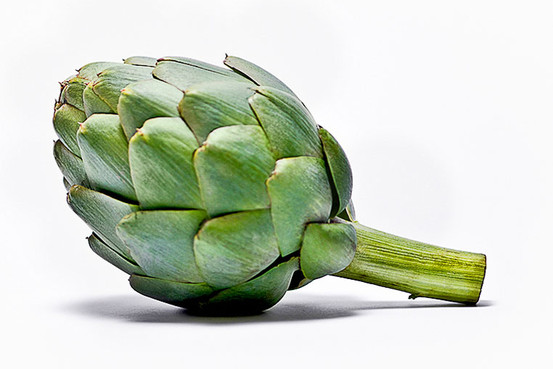 Even though they're not normally the fare of most families, the health benefits of artichokes may soon change that. Artichokes are a bit tricky to cook and unless you've experienced eating artichoke leaves, a bit difficult to eat also. Most people don't have the experience with the vegetable but new studies may entice them to give artichokes a chance to find place on their table.

If you're drinking a glass of red wine every evening and chomping on chocolate because you've heard that they contain antioxidant, then whip up some dip and steam an artichoke to top off your fare. Artichokes contain more antioxidants than either does and it has other redeeming qualities besides its antioxidant content.

Artichokes are packed with vitamins and minerals too. They contain magnesium, which works with calcium to create strong bones and teeth. Magnesium is also necessary regulating the body temperature. Artichokes contain potassium. In fact, a medium sized artichoke has almost as much potassium as a small banana. Potassium is necessary to maintain your heart rhythm, nerve function, fluid balance and muscle. Artichokes are also a great source for vitamin C, beneficial for the immune system and building collagen. It also is a source of dietary fiber. Besides giving your system a thorough cleansing, fiber makes you feel full so you don't eat so much and stabilizes your blood sugar besides. If you're a vegetarian or simply don't want so much animal protein in your diet, consider having an artichoke for lunch. It contains an abundant amount of plant protein. 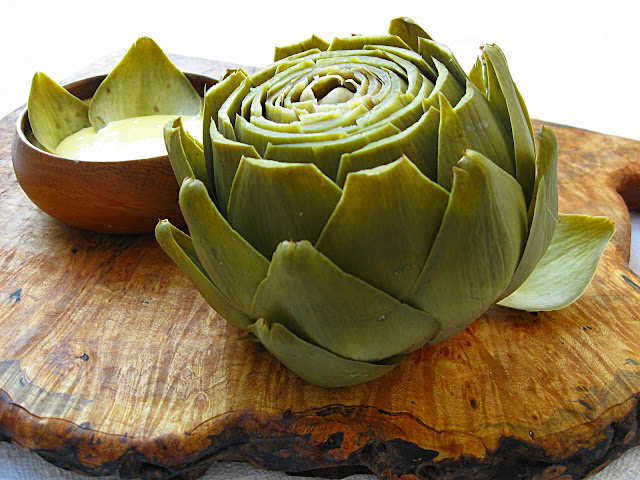 Other studies show that the components of artichokes may be helpful in fighting cancer. Queretin, a flavanoid in the artichoke protects you from cancer and also heart disease. The artichoke also contains rutin another flavanoid that is involved in preventing rapid cell proliferation. Cell proliferation is the doubling of cells. In cancer, if left unchecked, the cells divide and grow uncontrolled and beyond their normal area. The luteolin and cynarin, polyphenol antioxidants, might also be the reason that eating artichokes lowers your cholesterol. It also contains caffec acid and chlorogenic acid, two more cancer fighters that have anti-viral properties and lowers the bad cholesterol.

In the plant world, the color pigment often gives some of the best protection for our bodies. Artichokes are no different. The pigment, anthocyanin, which gives the artichoke its color, also gives you powerful antioxidants when you eat it. While studies are still incomplete, scientists believe the anthocyanin may lower your risk of losing memory function, help prevent some cancers and improve your urinary tract health.

If you've never prepared an artichoke before, it's very simple. Cut away the thorns, a few of the bottom leaves, cut ¾ of an inch of the top and leave only an inch of stem. Steam it above water containing garlic, lemon and a bay leaf for about 40 minutes. Pull off each succulent leaf and dip it in your favorite dip and slide the inside edge over you bottom teeth to remove the flesh. When you're done with the leaves, you're not done with the artichoke. There's a coke, a fuzzy inedible part, which covers the artichoke heart. Scrape it out and enjoy the best part of the artichoke, the heart. You'll find that the health benefits of the artichoke can taste pretty yummy when you add artichokes to your next meal.