WHO MADE THE OLYMPIC RINGS? 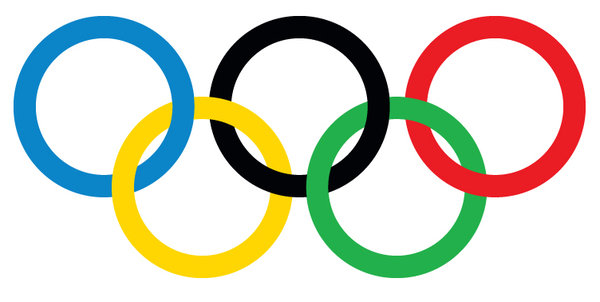 Baron Pierre de Coubertin, founder of the modern Olympics, was a French aristocrat with an enormous waxed mustache that hung on his face like a rogue accent mark. In 1914, the baron announced that he had designed a symbol for the 20th anniversary of the Games. “This,
truly, is an international emblem,” he wrote of the five rings, linked together to suggest the unity of humankind. But where did the baron get his idea for the design? In 1984, a sports historian named Robert Barney was exploring a Greek archaeological site when he leaned over to tie his shoe and noticed a symbol etched into a weather-beaten stone: five linked rings. His heart fluttered. As it happened, Barney specialized in the history of the Olympics, and he believed that he had just stumbled across a breakthrough: Had Baron Coubertin — decades before — seen this same etching? Had it been his inspiration?

Actually, it had not. The “ancient” carving, which fooled historians before, turned out to be a relic of Nazi filmmakers. When Leni Riefenstahl passed through Greece to document the torch ceremony for the 1936 Olympic Games, she stage-crafted a mythic backdrop. Someone — perhaps a set designer — hacked that stone into an ersatz relic of antiquity. It was pure Goebbels-style kitsch: the Nazis would have liked us to believe that the Olympic symbol emerged from the mists of Delphi.

In fact, the design simply burst forth from the imagination of a baron with effulgent facial hair. Baron Coubertin believed in sport as a kind of religion “with its own church, dogmas and ritual.” And when he cast about for a logo, he may have been inspired by — of all things — an advertisement for Dunlop tires. The baron had been perusing a magazine illustrated with five bicycle tires at around the same time that he invented his design, according to the historian Karl Lennantz.

The Olympic rings were inaugurated in June 1914, the same month that a bullet felled an archduke and sent the world tumbling into war. It has since become one of the most-recognized logos in the world and a symbol for peace.