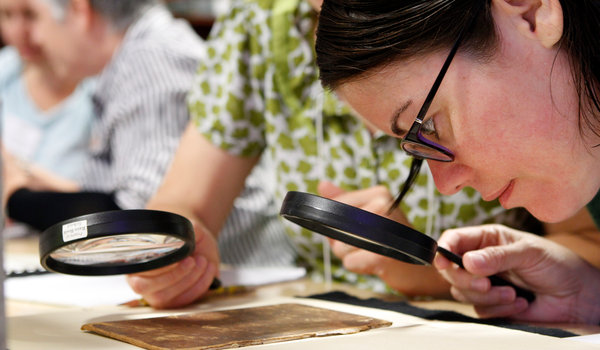 On a steamy morning last week Mark Dimunation, the chief of the rare book and special collections division at the Library of Congress, was in a windowless basement room here at the University of Virginia, leading a dozen people in a bibliophile’s version of the wave.

He lined up the group and handed each person a sheet of copier paper with a syllable written on it. After a few halting practice
runs — “Hip-na-rah-toe ...” — the group successfully shouted out, “ ‘Hypnerotomachia Poliphili,’ 1499!” 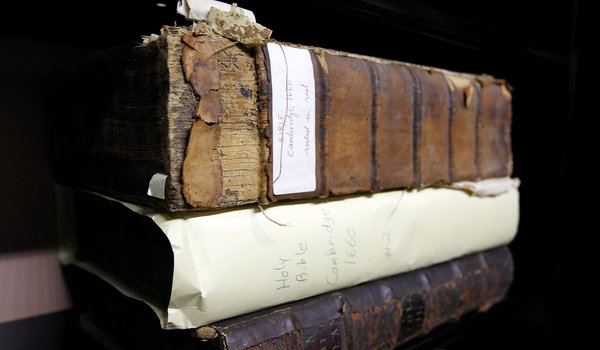 And the occasion was just an ordinary class meeting at Rare Book School, an institution whose football team, if it existed, might well take “Hypnerotomachia Poliphili!” as its official rallying cry.


For five weeks each summer Rare Book School brings some 300 librarians, conservators, scholars, dealers, collectors and random book-mad civilians together for weeklong intensive courses in an atmosphere that combines the intensity of the seminar room, the nerdiness of a “Star Trek” convention and the camaraderie of a summer camp where people come back year after year.

Vic Zoschak, a retired Coast Guard pilot turned antiquarian bookseller from Alameda, Calif., took his first class in 1998 and has returned for 14 more. “Flying search-and-rescue missions was satisfying work,“ he said. “But here, I found my people.” 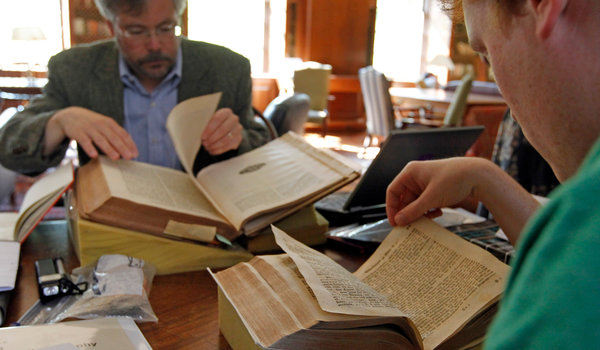 For many Rare Book School is an important networking opportunity, not to mention a chance to bunk in the Thomas Jefferson-designed lodgings that ring the university’s famous central Lawn, with their appropriately antiquarian lack of indoor toilets. But it also fills an important intellectual niche, teaching skills and knowledge that have been orphaned by increasingly technology-minded library schools and theory-oriented literature departments.

Bringing an understanding of the materiality of the book back into literary studies is something that Michael Suarez, an Oxford-trained specialist in 18th-century British literature and a Jesuit priest who took over as the school’s director in 2009, speaks of with an almost missionary zeal.


“A book is a coalescence of human intentions,” he said in a phrase often repeated around the school. “We think we know how to read it because we can read the language. But there’s a lot more to reading than just the language in the book.” 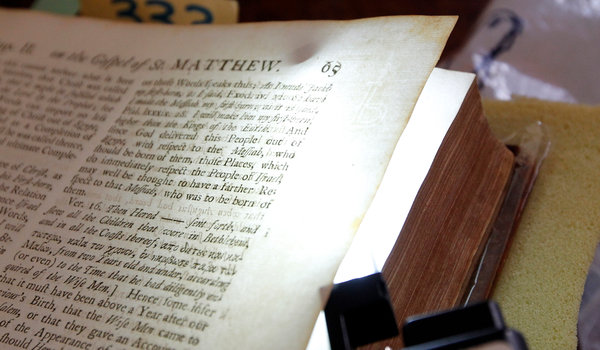 The atmosphere at Rare Book School, which was founded at Columbia University in 1983 by the scholar Terry Belanger and transplanted to Charlottesville in 1992, is casual and egalitarian, despite the presence on the faculty of some of the world’s leading experts in the history of the book. But woe to those outsiders who take casual liberties with the basics. Younger staff members admit to playing a drinking game based on the howlers in “The Ninth Gate,” a biblio-thriller starring Johnny Depp as a rakish rare-book scout given to carelessly cracking spines and looking up 17th-century hand-press books in Books in Print.

And don’t get anyone started on Umberto Eco’s “Name of the Rose.”

“It’s a great story,” Jan Storm van Leeuwen, the retired keeper of the binding collection at the Dutch Royal Library in The Hague, said when the subject came up one night at dinner. “But his description of the library is full of mistakes.”

Initiation into the devilishly complex particulars of book history is acquired in the school’s lectures and lab sessions, where students learn to look past the words on the page to recover the moment when ink met paper. In a Hogwarts-worthy reading room on an upper floor of the university’s Alderman Library one morning, students in Advanced Descriptive Bibliography were bent over books with tape measures and mini light sabers called Zelcos, scanning the pages for watermarks, lines and other clues that can potentially trace a given sheet back to a specific paper mold in a specific mill. 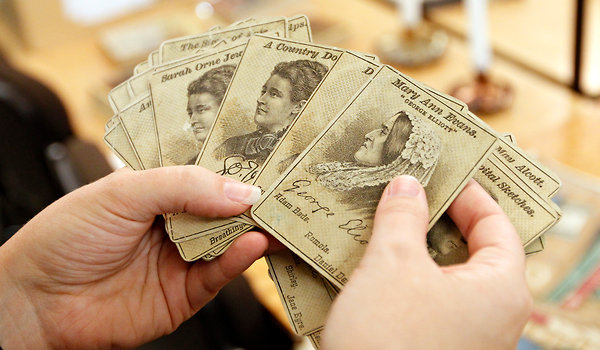 The goal of Advanced Des Bib — or advanced “boot camp,” as students put it — is to reverse engineer precisely how the pages of the book were folded, cut, printed and gathered. The whole process is then described in a string of symbols that, to the newcomer, can look less like a reconstruction of an ordinary day’s work in an 18th-century print shop than like instructions for building a small nuclear reactor.

Downstairs in a seminar room Richard Noble, a rare-book cataloger from Brown University, quoted a warning against writing formulas — as the descriptions, which are published in scholarly catalogs, are known — that were “hirsute with commas.”

“You want the important information to jump right out at you,” he said.

Other courses allowed students to linger over the more frankly sensual properties of old books. In Mr. Storm van Leeuwen’s class on the history of bookbinding, a session was dedicated to passing around felt-lined baskets filled with exquisite hand-marbled papers from the 18th century to the present, many drawn from his own collection.

In History of the Book, 200 to 2000, Mr. Dimunation of the Library of Congress and his co-teacher, John Buchtel, the head of special collections at Georgetown University, raided the University of Virginia’s vaults to stage a parade of precious objects that was like a slide show come miraculously to life: a loose leaf from a Gutenberg Bible; a copy of the first printed edition of Euclid’s geometry, from 1482; a 1493 Nuremberg Chronicle.

But Rare Book School isn’t just about pondering jaw-dropping masterpieces of printing. What makes the experience unique, students say, is the chance to see — and touch — a huge variety of objects from the school’s own 80,000-item teaching collection, including many that have been folded, stained, waterlogged, written in, worm-eaten or sometimes completely disemboweled.

“We’re very interested in ways books are marked over time,” said Barbara Heritage, the school’s assistant director and curator of the collection. 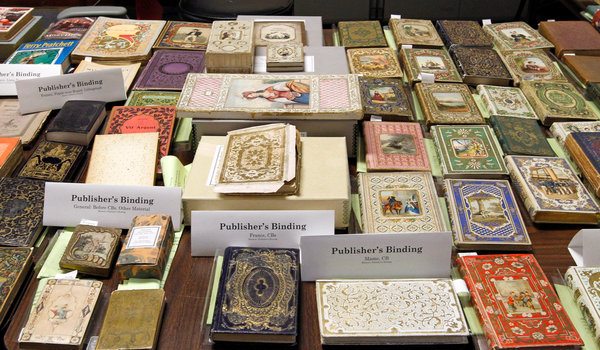 And rare books aren’t just a matter of leather and fine paper. Mr. Suarez has added a number of classes about digitization and likes to begin his own course, Teaching the History of the Book, by passing around a box of Harlequins. Romance novels, he notes, are the biggest part of the publishing industry, and the part that has been most radically transformed by e-books.

Mr. Zoschak, the bookseller from California, said he tried to cover the several thousand dollars it costs him to attend each year by book hunting in Charlottesville’s many antiquarian bookshops. Academics, whose freight is often paid by their home institutions, say that immersion in what Mr. Suarez calls “archaeology of the book” yields big intellectual dividends.

“Before I came here, I had been picking up knowledge piecemeal in libraries,” said Meredith Neuman, an assistant professor of English at Clark University enrolled in the bookbinding class. “Once you start looking at books this way, it can be kind of addictive.”

In his opening remarks each week Mr. Suarez tells students that the purpose of Rare Book School is to acquire knowledge that will lead to wonder, which may then “incline toward love.”

The books themselves, however, sometimes have less lofty ideas. After Mr. Dimunation led his class in the “Hypnerotomachia” cheer, an assistant brought out a copy from the first printing of the book and began turning the pages, which promptly opened on a woodcut showing a figure with an extravagant erection.

“There’s a truism about teaching with books,” Mr. Dimunation said as the class erupted in titters. “The first thing that shows up is the one thing you don’t want to find.”

By JENNIFER SCHUESSLER------------
http://www.nytimes.com/2012/07/24/books/rare-book-school-at-the-university-of-virginia.html?pagewanted=all
Posted by pratanacoffeetalk at 6:50 PM