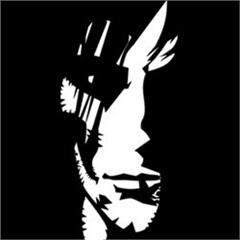 Neil Gaiman and J.H. Williams III will tell the "one tale still untold" from the Sandman Library.

When it comes to modern comic books, the conversation will inevitably turn to Neil Gaiman's The Sandman, which stands alongside Watchmen and The Dark Knight Returns in terms of literary and critical acclaim. Largely considered to be Vertigo Comics' first flagship title, the series introduced readers to Morpheus, the living personification of dreams, as he interacted with ordinary humans, faeries, angels,
gods, and various multitudes of creatures big and small over the course of human (and sometimes non-human) history. The series ran for 75 issues from 1989 to 1996, and while Gaiman has periodically revisited the concept through standalone graphic novels, he hasn't returned to the central story he finished almost sixteen years ago. Until now.

"When I finished writing The Sandman, there was one tale still untold," Gaiman explained. "The story of what had happened to Morpheus to allow him to be so easily captured in The Sandman #1, and why he was returned from far away, exhausted beyond imagining, and dressed for war."

Gaiman is referring to a story that first introduced us to Morpheus when he was snatched out of astral planes and imprisoned for the better part of the 20th Century, setting the stage for Morpheus's character arc during the entire series. The books made occasional reference to "a war in a far away galaxy" that drained Morpheus and allowed him to be captured, and only now will Gaiman explore what he meant more fully with renowned artist J.H. Williams III. "It was a story that we discussed telling for Sandman's 20th anniversary," Gaiman continued, "but the time got away from us. And now, with Sandman's 25th anniversary year coming up, I'm delighted, and nervous, that that story is finally going to be told."

The concept of revisiting landmark comic books from the 80s isn't new, thanks to DC's Before Watchmen project, but Gaiman doesn't consider the two projects to be similar. When compared to Before Watchmen via Twitter, Gaiman responded by saying "Nope. The story in Sandman stretches back a long way. I'm writing DURING SANDMAN." This actually is a fair comment, considering that Gaiman has already written the occasional prequel or followup to the series. The aim of this project is to tell the one Sandman story that Gaiman wasn't able to include in the core series, not to add new stories to an already completed work.

The new Sandman series is coming out in 2013, likely to the excitement of mature comics fans everywhere.