KNEE LIGAMENT INJURIES MAY BE MORE COMMON IN MEN

(Reuters) - Men have a greater number of knee ligament injuries than women, despite research suggesting that women's knees are more prone to anterior cruciate ligament (ACL) tears and surgeries to fix them, according to a Swedish study.

The report, published in the American Journal of Sports medicine, counted the injuries across the entire Swedish population, not just among players of particular sports or in certain regions.

The ACL is the key stabilizing ligament in the knee, and is most often injured during sports that involve quick turns or pivoting movements, such as basketball, soccer and skiing. It has been estimated that 80,000 cruciate ligament injuries — the majority of them ACL — take place in the United States every year, with almost half surgically repaired.

"I think the difference is that earlier studies studied at-risk populations," said Richard Nordenvall, of Karolinska University Hospital in Sweden.

"In those studies, women are more prone to get injured. The difference with this study is that we studied the general population."

Nordenvall and his colleagues used a nationwide database of patients to see how many Swedes had knee ligament injuries and how many had surgical repairs between 2002 and 2009. 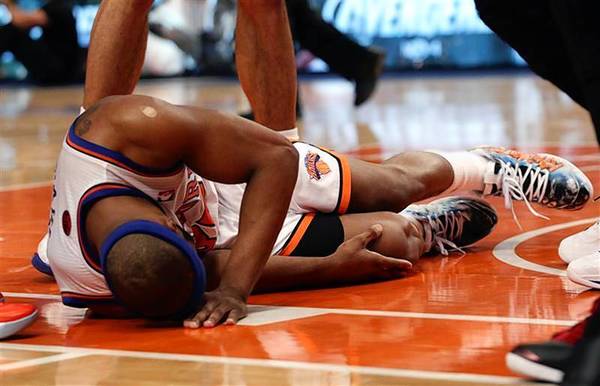 Overall, 56,659 people in Sweden tore a knee ligament during the study period. The researchers say that works out to an average of 78 tears for every 100,000 Swedish citizens.

Men accounted for about 34,000 of the tears, or 60 percent. Men also had 59 percent of the reconstructive surgeries associated with knee ligament injuries.

Swedish women tended to experience ACL injuries at a younger age — between the ages of 11 and 20, versus 21 to 30 for men.

Darin Padua, director of the Sports Medicine Research Laboratory at the University of North Carolina at Chapel Hill, said he was not surprised by the findings.

No one can say for certain why women seem to tear their knee ligaments earlier in life compared to men, Padua said, but it probably has to do with the body's development and movement patterns.

"It's a common injury and it's more common than what has been thought of earlier," Nordenvall said.

Padua echoed this, adding that it helps to show that both men and women should be taking part in injury prevention programs.