BEETS IS A CANCER FIGHTING AGENT

Pickled beets and hard-boiled eggs soaked in beet juice are staples on Dingus Day, but the health benefits of beets are never considered when consuming these staples with a lager of beer. People often ignore beets as health foods but they contain vital vitamins, minerals and phytonutrients in both the leaves and tuber. Members of the beet family include
chard, spinach beet, sugar beet, beets used for animal fodder and the table beets we see as a condiment or side dish.

The deep red to purple coloring, like that of all deeply colored vegetables and fruit provides not only protection from cancer, colon cancer in particular, but also is a cancer fighting agent for those that have the disease. One study compared animals with induced high cholesterol and colon cancer. The scientists then divided the two into groups and fed one a diet consisting heavily of beet fiber. The animals that ate the beet fiber produced an increased amount of CD8 cells in their colon. These cells help eliminate abnormal cells, like those of cancer. This group had a lower incidence of precancerous changes.

Another study showed that beet juice helped inhibit the formation of nitrosamines, which induce the creation of cancerous cells. It was a powerful inhibitor of cell mutation caused by these compounds. Nitrosamines come from the ingestion and breakdown of nitrates, a substance used frequently to preserve processed meat.

While beets are high in sodium, they're also high in potassium too and one cup contains over 14 percent of the recommended daily amount. One cup also contains close to 10 percent of the magnesium you require and a whopping 28 percent of the recommended daily amount of manganese. Scientists used to believe that deficiencies in manganese were rare since it's in many foods, but due to fast food consumption increasing, they now estimate that as much as 37 percent of the population has a deficiency. Symptoms of manganese deficiency include hypertension, infertility, high cholesterol, vision and hearing problems, memory loss, muscle contractions, heart disorders, blood sugar disorders and even seizures. In addition beets contain iron, calcium, copper, phosphorous and zinc. 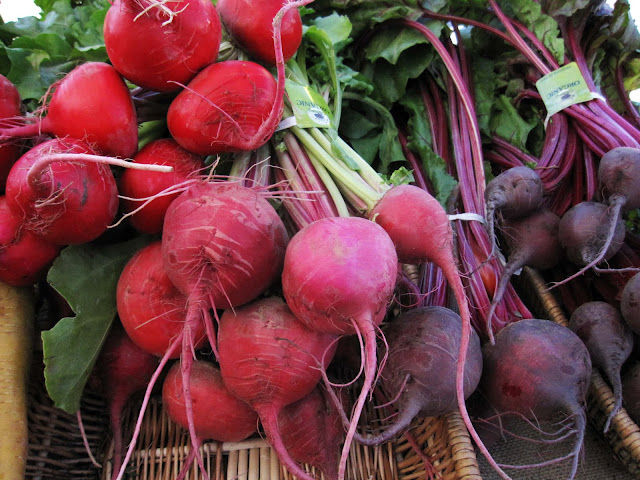 In the same study using lab animals with induced high cholesterol and colon cancer markers, the scientists discovered that the animals fed beets also had their total cholesterol drop 30 percent with the triglycerides dropping a whopping 40 percent and the HDL levels, the good cholesterol, increasing.

According to and article by Detopoulou P, Panagiotakos DB, et al. in the "American Journal of Clinical Nutrition" people with a high intake of betaine, a substance found in beets, had lower inflammatory markers. The same is true for people with high amounts of choline found in eggs, so those hardboiled eggs soaked in beet juice on Dingus Day really help to relieve your aches and pains. Of course, the pitcher of beer also helps for the moment.

All parts of the beet provide good nutrition. Add some of the leaves the next time you make stir-fry or drink a glass of beet juice for your health. If you enjoy your beets cooked, wash the exterior thoroughly and put it in boiling water. Remove the top and skin later to preserve all the wonderful nutrient of the beet.