SALT, WE MISJUDGE YOU 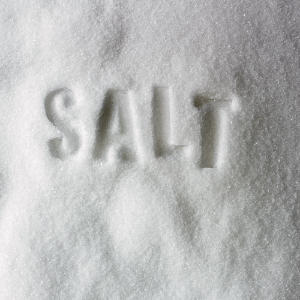 THE first time I questioned the conventional wisdom on the nature of a healthy diet, I was in my salad days, almost 40 years ago, and the subject was salt.

Researchers were claiming that salt supplementation was unnecessary after strenuous exercise, and this advice was being passed on by health reporters. All I knew was that I had played high school football in suburban Maryland, sweating profusely through double sessions in the swamplike 90-degree days of August. Without salt pills, I couldn’t make it through a two-hour practice; I couldn’t walk across the parking lot afterward without cramping.


While sports nutritionists have since come around to recommend that we should indeed replenish salt when we sweat it out in physical activity, the message that we should avoid salt at all other times remains strong. Salt consumption is said to raise blood pressure, cause hypertension and increase the risk of premature death. This is why the Department of Agriculture’s dietary guidelines still consider salt Public Enemy No. 1, coming before fats, sugars and alcohol. It’s why the director of the Centers for Disease Control and Prevention has suggested that reducing salt consumption is as critical to long-term health as quitting cigarettes.

And yet, this eat-less-salt argument has been surprisingly controversial — and difficult to defend. Not because the food industry opposes it, but because the actual evidence to support it has always been so weak.

When I spent the better part of a year researching the state of the salt science back in 1998 — already a quarter century into the eat-less-salt recommendations — journal editors and public health administrators were still remarkably candid in their assessment of how flimsy the evidence was implicating salt as the cause of hypertension.

“You can say without any shadow of a doubt,” as I was told then by Drummond Rennie, an editor for The Journal of the American Medical Association, that the authorities pushing the eat-less-salt message had “made a commitment to salt education that goes way beyond the scientific facts.”

While, back then, the evidence merely failed to demonstrate that salt was harmful, the evidence from studies published over the past two years actually suggests that restricting how much salt we eat can increase our likelihood of dying prematurely. Put simply, the possibility has been raised that if we were to eat as little salt as the U.S.D.A. and the C.D.C. recommend, we’d be harming rather than helping ourselves.

WHY have we been told that salt is so deadly? Well, the advice has always sounded reasonable. It has what nutritionists like to call “biological plausibility.” Eat more salt and your body retains water to maintain a stable concentration of sodium in your blood. This is why eating salty food tends to make us thirsty: we drink more; we retain water. The result can be a temporary increase in blood pressure, which will persist until our kidneys eliminate both salt and water.

The scientific question is whether this temporary phenomenon translates to chronic problems: if we eat too much salt for years, does it raise our blood pressure, cause hypertension, then strokes, and then kill us prematurely? It makes sense, but it’s only a hypothesis. The reason scientists do experiments is to find out if hypotheses are true.

In 1972, when the National Institutes of Health introduced the National High Blood Pressure Education Program to help prevent hypertension, no meaningful experiments had yet been done. The best evidence on the connection between salt and hypertension came from two pieces of research. One was the observation that populations that ate little salt had virtually no hypertension. But those populations didn’t eat a lot of things — sugar, for instance — and any one of those could have been the causal factor. The second was a strain of “salt-sensitive” rats that reliably developed hypertension on a high-salt diet. The catch was that “high salt” to these rats was 60 times more than what the average American consumes.

Still, the program was founded to help prevent hypertension, and prevention programs require preventive measures to recommend. Eating less salt seemed to be the only available option at the time, short of losing weight. Although researchers quietly acknowledged that the data were “inconclusive and contradictory” or “inconsistent and contradictory” — two quotes from the cardiologist Jeremiah Stamler, a leading proponent of the eat-less-salt campaign, in 1967 and 1981 — publicly, the link between salt and blood pressure was upgraded from hypothesis to fact.

In the years since, the N.I.H. has spent enormous sums of money on studies to test the hypothesis, and those studies have singularly failed to make the evidence any more conclusive. Instead, the organizations advocating salt restriction today — the U.S.D.A., the Institute of Medicine, the C.D.C. and the N.I.H. — all essentially rely on the results from a 30-day trial of salt, the 2001 DASH-Sodium study. It suggested that eating significantly less salt would modestly lower blood pressure; it said nothing about whether this would reduce hypertension, prevent heart disease or lengthen life.

While influential, that trial was just one of many. When researchers have looked at all the relevant trials and tried to make sense of them, they’ve continued to support Dr. Stamler’s “inconsistent and contradictory” assessment. Last year, two such “meta-analyses” were published by the Cochrane Collaboration, an international nonprofit organization founded to conduct unbiased reviews of medical evidence. The first of the two reviews concluded that cutting back “the amount of salt eaten reduces blood pressure, but there is insufficient evidence to confirm the predicted reductions in people dying prematurely or suffering cardiovascular disease.” The second concluded that “we do not know if low salt diets improve or worsen health outcomes.”

The idea that eating less salt can worsen health outcomes may sound bizarre, but it also has biological plausibility and is celebrating its 40th anniversary this year, too. A 1972 paper in The New England Journal of Medicine reported that the less salt people ate, the higher their levels of a substance secreted by the kidneys, called renin, which set off a physiological cascade of events that seemed to end with an increased risk of heart disease. In this scenario: eat less salt, secrete more renin, get heart disease, die prematurely.

With nearly everyone focused on the supposed benefits of salt restriction, little research was done to look at the potential dangers. But four years ago, Italian researchers began publishing the results from a series of clinical trials, all of which reported that, among patients with heart failure, reducing salt consumption increased the risk of death.

Those trials have been followed by a slew of studies suggesting that reducing sodium to anything like what government policy refers to as a “safe upper limit” is likely to do more harm than good. These covered some 100,000 people in more than 30 countries and showed that salt consumption is remarkably stable among populations over time. In the United States, for instance, it has remained constant for the last 50 years, despite 40 years of the eat-less-salt message. The average salt intake in these populations — what could be called the normal salt intake — was one and a half teaspoons a day, almost 50 percent above what federal agencies consider a safe upper limit for healthy Americans under 50, and more than double what the policy advises for those who aren’t so young or healthy. This consistency, between populations and over time, suggests that how much salt we eat is determined by physiological demands, not diet choices.

One could still argue that all these people should reduce their salt intake to prevent hypertension, except for the fact that four of these studies — involving Type 1 diabetics, Type 2 diabetics, healthy Europeans and patients with chronic heart failure — reported that the people eating salt at the lower limit of normal were more likely to have heart disease than those eating smack in the middle of the normal range. Effectively what the 1972 paper would have predicted.

Proponents of the eat-less-salt campaign tend to deal with this contradictory evidence by implying that anyone raising it is a shill for the food industry and doesn’t care about saving lives. An N.I.H. administrator told me back in 1998 that to publicly question the science on salt was to play into the hands of the industry. “As long as there are things in the media that say the salt controversy continues,” he said, “they win.”

When several agencies, including the Department of Agriculture and the Food and Drug Administration, held a hearing last November to discuss how to go about getting Americans to eat less salt (as opposed to whether or not we should eat less salt), these proponents argued that the latest reports suggesting damage from lower-salt diets should simply be ignored. Lawrence Appel, an epidemiologist and a co-author of the DASH-Sodium trial, said “there is nothing really new.” According to the cardiologist Graham MacGregor, who has been promoting low-salt diets since the 1980s, the studies were no more than “a minor irritation that causes us a bit of aggravation.”

This attitude that studies that go against prevailing beliefs should be ignored on the basis that, well, they go against prevailing beliefs, has been the norm for the anti-salt campaign for decades. Maybe now the prevailing beliefs should be changed. The British scientist and educator Thomas Huxley, known as Darwin’s bulldog for his advocacy of evolution, may have put it best back in 1860. “My business,” he wrote, “is to teach my aspirations to conform themselves to fact, not to try and make facts harmonize with my aspirations.”

A Robert Wood Johnson Foundation Independent Investigator in Health Policy Research and the author of “Why We Get Fat.”