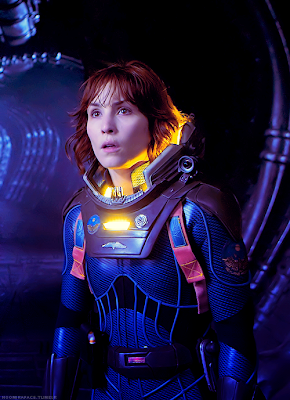 In the clip, sound designers and mixers for Prometheus explain how they derived sounds for the blockbuster movie from an array of inventive sources.

"When we first discover that something is unique in the cave, and we see these ampules, we see this glistening ice forming on it that kind of pops," says Mark Stoeckinger, one of Prometheus' supervising sound editors. "On the foley stage [we said], 'Remember those things from back in the '70s, Pop Rocks?' John Cucci, the foley artist, said, 'You know something, I actually happen to have some of those.'

"So we got some out, and we tried a couple of different things. We put it in his mouth and put a microphone right there; we took a piece of metal, got it just a little bit wet, and dumped it on that, and I think he actually did some on stone with a spritzer bottle. So between all of that, we had this down to this popping, cracking, evolving sound."

Skipper the parrot, the pet of Prometheus sound designer Ann Scibelli, furnished a number of different sounds for the movie.

"She has such a huge repertoire of different vocals and emotions," Scibelli says in the SoundWorks Collection video. "I thought I'd try to capture all her vocalisations. I had to set up the mic for weeks to get this. Some of them, I turned into alarms and different beeps and stuff, and the other one I turned into the alien baby. So she was really versatile as far as her vocalisations."