Best-selling author Malcolm Gladwell, no stranger to provocative opinions, is at it again.

During a recent interview in Toronto, Gladwell said that people a half-century from now will revere Microsoft co-founder Bill Gates but will have no clear memory of his longtime tech rival, Apple chief Steve Jobs.

"Of the great entrepreneurs of this era, people will have forgotten Steve Jobs. 'Who was Steve Jobs again?' But ... there will be statues of Bill Gates across the Third World," Gladwell said. "There's a reasonable shot that -- because of his money -- we will cure malaria."


Of Gates, whose foundation has given more than $2 billion to causes around the world, Gladwell said: "I firmly believe that 50 years from now he will be remembered for his charitable work. No one will even remember what Microsoft is."

Gladwell made the comments late last month during a public appearance at the Toronto Public Library. His remarks began drawing attention this week after the library posted a video clip of the interview online (the Gates-Jobs stuff starts around the 9:30 mark).

Gladwell's popular nonfiction books include "Blink" and "The Tipping Point." His most recent book, "Outliers," attempts to explain what factors separate highly successful people from average ones.

"We need to be clear when we venerate entrepreneurs what we are venerating," Gladwell said in Toronto. "They are not moral leaders. If they were moral leaders, they wouldn't be great businessmen."

Gladwell did not elaborate on why he believes Jobs' legacy won't endure, although he made some unflattering comments about the late Apple co-founder, who died in October 2011. 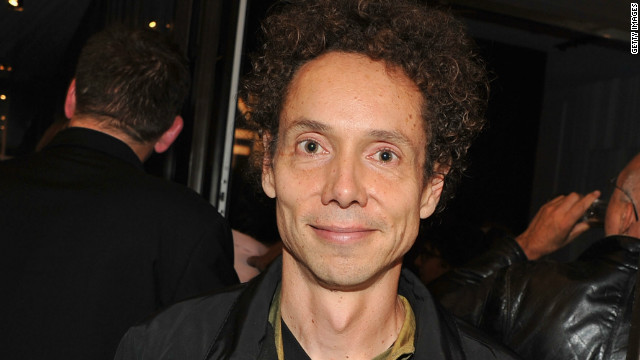 "Every single idea he ever had came from somebody else. And he would be the first to say this. He would also take credit for things. He was shameless. He was an extraordinarily brilliant businessman and entrepreneur. He was also a self-promoter on a level that we have rarely seen."

Even so, Gladwell said he was fascinated by Walter Isaacson's recent biography of Jobs. For him, the most extraordinary moment in the book came near the end, when Jobs lay on his deathbed but refused to wear an oxygen mask because of its inelegant design.

"To him it was like making him send his final e-mails using Windows," Gladwell said, to laughter from the audience. "A man has to draw the line somewhere, right?"