Starbucks Corp. has a new line of merchandise that, in line with the conscientious capitalism efforts at several major companies, it said will be used to help support American jobs.

The coffee giant will sell a limited-edition mug, tumbler and bag of coffee – all made domestically – to raise money for its Create Jobs for USA fund.

The fund was launched in November after Chief Executive Howard Schultz excoriated politicians and fellow business leaders for failing to do their part to stimulate the U.S. economy. Other food service chains have started their own do-gooding efforts in recent years, including Panera with its pay-what-you-can cafes and Chipotle with its sustainability initiatives.

Starbucks has raised more than $11.5 million for the jobs fund so far, it said, an amount that can be leveraged to create up to $80 million in loans to community businesses and organizations. Citi, one of the country’s largest banks, pitched in with a $1 million donation.

In turn, those loan recipients can support nearly 4,000 new jobs across the country, according to Starbucks. Beneficiaries so far have included Alliance Schools in Lincoln Heights, which used funds for campus construction, as well as bookstores, supermarkets, bakeries and more.

Granted, that’ll barely nip the 8.2% national unemployment rate, which includes 12.7 million Americans currently out of work. Starbucks shed thousands of employees in 2008, when it underwent a massive revamp, but has since began slowly refilling its ranks. 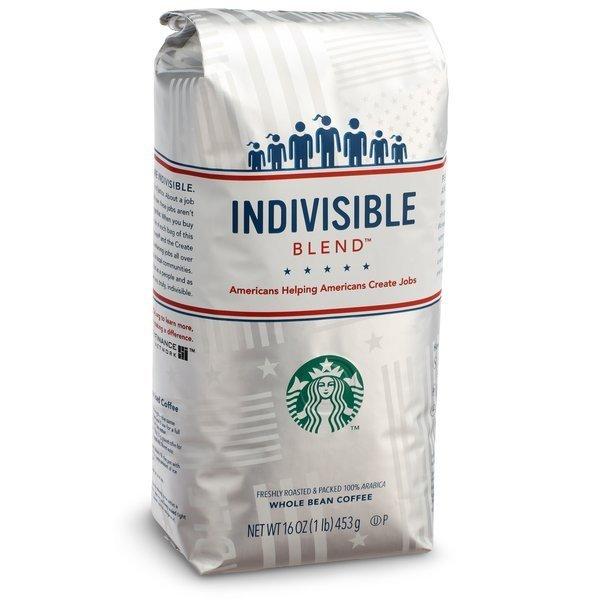 Starting Tuesday until July 9, Starbucks cafes will feature products from its new line, dubbed “Indivisible” and manufactured in the U.S.

Items will include a 16-ounce acrylic tumbler made in Chicago with 35% recycled material. Out of the $11.95 retail price, Starbucks will make a $2 donation.

The company will donate another $2 for each $9.95, 12-ounce ceramic mug sold. The cups will be created in Ohio using domestically sourced materials. A whole-bean coffee blend, roasted and packaged in the U.S., will also be sold for $14.95 per pound – with $5 from each purchase being donated.

The American Mug & Stein factory in East Liverpool, Ohio, hired 8 new full-time workers to make the Starbucks mugs, according to the coffee company. The facility nearby that does finishing work on the cups hired two more employees.

Overall, Starbucks plans to add 200 net new stores in the U.S. in 2012 and redesign 1,7000 locations, boosting its payrolls by several thousand positions.  The company will invest nearly $180 million to expand its manufacturing abilities in the Southeast.

Sales of merchandise and whole bean coffee account for about 6% of Starbucks' overall retail sales.

But Starbucks’ goods, as well as other Made in USA products, might be headed for some competition. Prices of goods imported into the country tumbled in May by the most in nearly two years as fuel and food costs fell along with demand from nations abroad, according to the Labor Department on Tuesday.