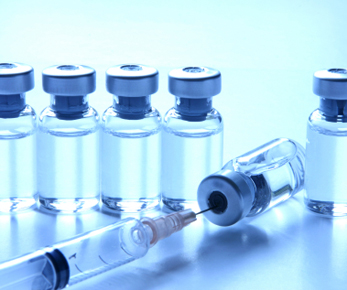 Medical science efforts to harness the power of the immune system against cancer are beginning to bear fruit after decades of frustration, opening up a hopeful new front in the long battle against the disease.


Especially promising was that the drugs worked against several types of cancer, researchers said of the early findings. Most of the patients whose tumors responded significantly to the treatment saw long-term results.

The new drugs empower the immune system to recognize cancer cells as an enemy and attack them, although the treatments can have serious side effects.

The immune system's ability to fight off the body's invaders has long been recognized against infectious disease. But cancer has largely escaped its reach and for decades fended off researchers' efforts to find a weakness. It turns out cancer shields itself by essentially putting the brakes on the human immune system.

Recent discoveries have led to advances in how to unleash the immune system, though one challenge has been to jump-start the body's defenses without injury to healthy, normal cells.

Researchers say the latest advances are beginning to trigger this process, and a host of other companies, including Roche Holding SA's Genentech unit, Merck, & Co. and GlaxoSmithKline PLC, are also pursuing the so-called immunotherapies.

In the studies released Saturday, only a minority of the more than 500 patients treated in the two studies benefited. But researchers considered the findings remarkable because the patients were in advanced stages of the disease, a time when sustained benefits are normally hard to come by.

David Gobin, a 62-year-old retired Baltimore police officer was one beneficiary. After being diagnosed with lung cancer in April 2008, he twice underwent surgery, followed each time by radiation, as well as two rounds of chemotherapy in clinical trials. The cancer kept coming back.

In February 2011, he enrolled in the clinical trial at Johns Hopkins School of Medicine for one of the Bristol-Myers therapies, which are infusions given every two weeks. Within two months, his tumor began melting away. "My energy is up, my stamina is up, I've gained weight," he said. "I can only speak for myself, but I've gone from looking at life a month at a time to looking at it a year at time. This has kicked the heck out of the cancer."

The study results followed regulatory approval last year of Bristol-Myers's Yervoy for advanced melanoma. That drug, which also employs the immune system, astonished researchers with its ability in more than 20% of patients to provide long-term survival in a disease that typically is fatal within months.

Taken together, the findings are provoking excitement among researchers and the drug industry that immunotherapy has finally arrived as a viable cancer-fighting strategy.

"Those of us in the field really see this as a breakthrough moment," said Suzanne Topalian, a researcher at Johns Hopkins School of Medicine and lead author of one of the studies. Both are being presented by Hopkins researchers at the annual meeting of the American Society of Clinical Oncology and published online by the New England Journal of Medicine.

Other advances in recent years include so-called targeted treatments that take aim at the underlying genetic mutations that fuel tumor growth—drugs like Roche Holding AG's Zelboraf for melanoma.

Encouraging data are also expected this weekend for an approach in which potent doses of chemotherapy are linked to antibody drug such as Roche's Herceptin to deliver chemo more directly to the tumor like a guided missile, to reduce the toxic side effects of chemo.

Ultimately cancer researchers expect that many of these treatments will be used in combination. Adding immunotherapy offers the hope of making treatments applicable to a broader range of cancers with longer-lasting results.

"The immune system isn't like any drug out there," Dr. Topalian said. "It has memory, similar to when we were vaccinated against infectious diseases" like measles. "You retain that memory pretty much for life. The same should hold true for cancer immunotherapy."

Among 31 of the patients who were followed for more than a year in one of the studies released Saturday, 20 people had tumors that either partially or, in a few cases, completely responded to the treatment, known as an "anti-PD-1 inhibitor." The disease was stable for an additional group of patients for more than six months.

Many other patients didn't respond. Some experienced serious side effects, including three people who died likely because their immune systems attacked healthy tissue. Researchers said treatment strategies, including the use of steroids, were devised to help offset those reactions.

This new approach is named after the PD-1 pathway—for programmed death-1—which illustrates how the immune system and cancer cells inadvertently conspire to support some tumors. PD-1 "receptors" sit on the surface of immune-system cells when they're activated and on the hunt for enemies. But some tumor cells have proteins that bind to the PD-1 receptors, shutting the immune cell down. "It's like a shield that protects cancer cells," Dr. Topalian said.

The new anti-PD-1 inhibitor therapy, in essence, blocks the process that inhibits the immune system. The new studies were the initial human trials of the two PD-1 agents. Drug companies would normally advance to a second trial before mounting a study that could lead to approval. But Bristol-Myers said the data are strong enough to move to larger phase 3 trials, expected to launch by year's end.