Henry Hill, 69, the New York mobster whose life as a wiseguy and then as a government witness was the basis for the movie Goodfellas, died Tuesday in California.

More than any other mob figure in the late 20th century, Hill changed both the perception and the reality of Mafia life in America.

His story, first told in the book Wiseguy by Nicholas Pileggi, laid bare the treachery and deceit that was at the core of the underworld.

Honor and loyalty, the virtues celebrated in popular fiction like The Godfather, were not part of the life that Hill and his associates lived. Hill began cooperating in 1980 and after testifying at a number of trials, disappeared into the Witness Security Program where he and his wife lived for nearly a decade in fear of mob retribution.

Forced out of the government protection program because of several drug arrests, he recreated himself by going public, defying the conventional wisdom that a witness against the Mafia should remain in the shadows. Instead, he turned his story into American pop culture, first with frequent appearance on the popular Howard Stern radio show and later in California where he and his longtime girlfriend Lisa Caserta turned the Goodfella mystique into a website, artwork and frequent paid appearances at "Goodfella events." 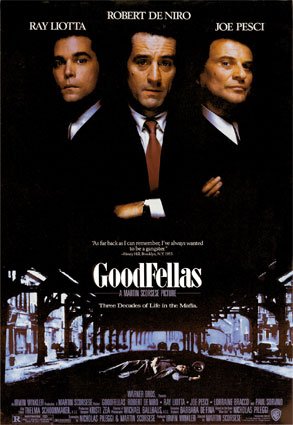 Long before reality TV had discovered the Mafia, Hill was cashing in on America's fascination with the soap opera-liked stories of every day mob life.

Along the way, Caserta said Wednesday, Hill rediscovered himself.

"He was at peace and he had found redemption," she said in an email interview.

"The last 10 years have been low-key. He had made many new friends and he enjoyed traveling around to the Goodfella events and helping just about anyone he came in contact with."

Hill, she said, died of a heart attack while hospitalized for a stomach disorder. He had had heart surgery about a year ago, she said.

The couple lived in Topanga, CA., near Hollywood.

Hill, who loved to cook, had authored The Wiseguy Cookbook and was working on a documentary about Tommy DeSimone ("Now get your shine box") and Jimmy Burke, two mobsters who figured prominently in his life and in the movie Goodfellas, Caserta said.

While never a made - formally initiated - member of the Mafia, Hill was a major player with a Brooklyn-based crew of the Lucchese organization. He started out running errands for the mobsters who operated out of a cab stand across the street from the apartment where he lived and ended up engaging in virtually every racketeering gambit - from loan-sharking and bookmaking to drug dealing and murder - that the organization was involved in.

One of the most famous was the theft of $5.8 million from the Lufthansa Airlines vault at JFK Airport in 1978. The heist and Hill's role in it were detailed in the book by Pileggi and in the script Pileggi and Martin Scorsese later wrote for the movie. The film became a classic, rivaling The Godfather saga in popularity. Most considered it much more realistic than the Francis Ford Coppola movies.

Hill's decision to cooperate resulted in the arrests and convictions of many of his former associates, including the unflappable Jimmy Burke, who was the inspiration for the character Robert DeNiro played in the movie. Burke, the alleged mastermind of the Lufthansa caper, died in prison in 1996.

Hill cut a deal with the government in 1980 after being targeted in a cocaine distribution operation. Because his father was of Irish descent (his mother's heritage was Italian) Hill could not become an initiated member of the Mafia. But he moved in wiseguy circles throughout the New York area and was recognized as a major operative for the Lucchese organization.

That experience made him an invaluable government witness, one of the first in a long line of turncoats who over the past 30 years have shattered the Mafia's once sacrosanct code of silence. Their testimony has resulted in the convictions of hundreds of mobsters in cities throughout the country.

Hill spent much of the 1980s living in hiding in the federal Witness Security Program, but after problems with drug abuse and several arrests, he was forced out of the program. In interviews over the years, Hill conceded that he was constantly battling addictions, particularly alcoholism.

His two most recent arrests, in 2008 in San Bernardino, CA, and in 2009 in St. Louis were for public intoxication and disorderly conduct.

Caserta said Hill had recently reestablished contact and had developed a cordial relationship with his ex-wife Karen (portrayed by Lorraine Bracco in Goodfellas) and his two grown children.

While his testimony was a major contribution to the demise of the American Mafia, it was his post-witness life - and the fact that he was able to live in the open and enjoy a relatively normal existence even while flaunting and celebrating his past - that underscored the end of the Mob as a monolithic, all-powerful organization.

Old age and poor health, not a Mafia bullet, put an end to Henry Hill's life. And that says as much about the organization as anything he offered from the witness stand.

Posted by pratanacoffeetalk at 8:24 AM