COFFEE MAY REDUCE THE RISK OF HEART FAILURE 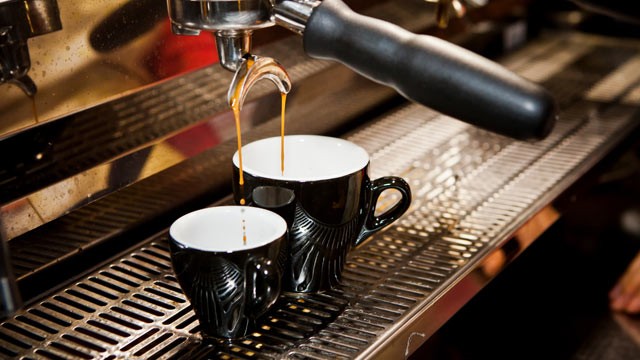 Hey java drinkers, that coffee buzz you love so much may also help prevent heart failure, according to a new study published in the American Heart Association's journal Circulation Heart Failure.

While many believe coffee drinking may be dangerous to the heart, researchers at Beth Israel Deaconess Medical Center in Boston said moderate consumption of your daily jo could be beneficial.

The scientists analyzed five prospective studies, which included more than 140,000 men and women, that related to coffee consumption and heart risk. Four of the studies were based in Sweden, and one was conducted in Finland. They found that those who drank a moderate amount of coffee daily, defined as the equivalent of two 8-ounce American cups per day, may experience protective benefits against heart failure by as much as 11 percent.

More than half of American adults drink some form of coffee each day, according to the National Coffee Association, and caffeine is the most frequently consumed stimulant in the world.

Several studies have found that coffee reduces the risk of several medical conditions, including stroke, depression, dementia and several other cancers, but Dr. Murray Mittleman, senior study author and director of the Cardiovascular Epidemiology Research Unit at Beth Israel Deaconess Medical Center, said less is known about the impact of coffee on heart failure, which affects nearly 5.8 million Americans.

Mittleman said coffee has received a bad reputation in the past for its influence on the heart because animal studies have shown that drinking caffeinated coffee is associated with acutely raised blood pressure.

"Since high blood pressure is a risk factor for many types of cardiovascular disease, researchers assumed that coffee would be harmful, but several studies have shown that although there is an increase in blood pressure shortly after consumption, there are health benefits over the long-term," said Mittleman.

"Coffee contains many active compounds, including antioxidants that may explain how coffee lowers the risk of type 2 diabetes, and in turn, may lower the risk of developing heart failure," he continued.

The American Heart Association currently recommends that heart failure patients drink no more than one to two cups of coffee or other caffeinated beverages per day.

This study seems to find through association that moderate consumption is "relatively harmless," said Dr. Arthur Klatsky, a cardiologist at Kaiser Permanente Northern California Division of Research. "People who are at risk for heart failure who are moderate coffee drinkers should not be told to abstain."

"Coffee is not the enemy," he said, and "heart failure is not a mystery."

Greater gains can be made in reducing the risk of heart failure through medical intervention and adapting a healthy lifestyle, including adequate blood pressure detection and treatment, control of obesity and early introduction of evidence-based therapy for those with any evidence of ventricular dysfunction, Yancy said.

Still, a better understanding of the most-consumed beverage in the world may contribute to heart health.

"We know the risk factors involved and we know how best to treat the disease," said Yancy. "If we keep things simple, perhaps we can make progress."