THE INITIATIVE MAKES A BIG DIFFERENCE 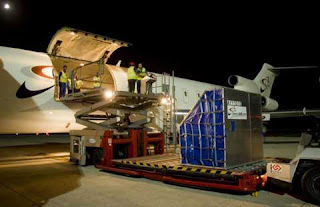 Some years ago, three brothers left the farm to work in the city. They were all hired by the same company at the same pay. Three years later, Jim was being paid $500 a month, Frank was receiving $1,000, but George was now making $1,500.

Their father decided to visit the employer.

The employer listened to the confused father and said, "I will let the boys explain for themselves."


Jim was summoned to the supervisor's office and was told: "Jim, I understand the Far East Importers has just brought in a large transport plane loaded with Japanese import goods. Will you please go over to the airport and get a cargo inventory?"

"The cargo was one thousand bolts of Japanese silk," Jim reported. "I got the information over the telephone from a member of the crew."

"Frank," said the supervisor, "I wish you'd go out to the airport and get an inventory of the cargo plane which was just brought in by Far East Importers."

An hour later, Frank was back in the office with a list showing that the plane carried 1,000 bolts of Japanese silk, 500 transistor radios, and 1,000 hand painted bamboo trays.

George, the $1,500 a month brother, was given identical instructions.

Working hours were over when he finally returned.

"The transport plane carried one thousand bolts of Japanese silk," he began. "It was on sale at sixty dollars a bolt, so I took a two-day option on the whole lot. I have wired a designer in New York offering the silk at seventy-five dollars a bolt. I expect to have the order tomorrow. I also found five hundred transistor radios, which I sold over the telephone at a profit of $2.30 each. There were a thousand bamboo trays, but they were of poor quality, so I didn't try to do anything with them."

When George left the office, the employer smiled. "You probably noticed," he said, "that Jim doesn't do what he's told, Frank does only what he'd told, but George does without being told."

The future is full of promise for one who shows initiative.