THE THINGS IS IN YOUR MIND 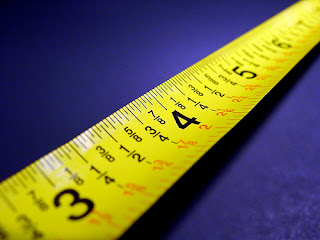 It was the spring of 1982 and I was coaching girls' track in a small southern Iowa town. There was a young discus thrower on the team, a sophomore who had tremendous potential. This is a story about her realizing that potential...and about what tends to hold us all back from realizing our potential.

At the end of our workout the Friday before the Monday district track meet, this discus thrower, we'll call her Jill in this story, came to me and asked if she could come to the school on Sunday after lunch for a little extra workout. I said, "Sure." We would meet at 1:00 and go through a 40-45 minute workout.

I knew why Jill wanted the extra fine tuning. The year before, as only a freshman, she had placed second in the discus at the district meet and narrowly missed going to the state meet in Des Moines.


See, I had done some checking on Jill's freshman season and had tallied those results with the sophomore year that was now winding down. This young lady had won every discus event, in every varsity meet as both a freshman and sophomore, except that district event the year before! And, her throws in competition had always been between 106' 1" and 110' 10". Very consistent. Very good for so young.

But, something began to bother me. Something that I didn't know how to fix until it hit me that sunny Sunday in 1982.

What bothered me was why this young athlete couldn't seem to get the discus two more inches to 111 feet? Only two more little inches...why? I began to wonder if it was more a psychological barrier rather than a physical one. But, what to do about it? I had encouraged the socks off that girl that year...110' 10" was the best she could do...twice!

I decided to try something I had never done to one of my athletes before. I decided to deceive Jill. I decided to LIE! Without going into too many details the rest of the story goes like this.

Jill went through her usual drills. Then, I said, "Why don't you throw five or six good ones for me to measure?" She agreed and proceeded to let some good throws rip, but none were farther than what she had already thrown. I could just tell, even though the markings on the discus area had pretty well been washed off by some recent rains.

But, I didn't tell Jill. As a matter of fact, when we measured them I made sure Jill had the "zero" end of the measuring tape. And, Jill also threw one of her best throws away from the rest of her tosses, which helped with my little scheme, too. As we were measuring, the throws were in her usual range --- 108 to 110 feet. But, as I was walking toward the final one I yelled out to her, "I really think this one is farther!"

It wasn't. It was around 110' 6". But, it was now or never. I still had the tape between my thumb and index finger as I jumped up, pumped my fist into the air, and screamed out, "You've got to see this!!!"

Jill, thinking that this was a personal best, jumped wildly into the air in excitement. As she did, I pulled some more tape through my fingers. I had no idea how much. I just hoped it would be over 111 feet. I didn't even look at the tape until Jill made it to where I was standing. When she looked at the tape, it was the first time I had, too.

The next afternoon, at districts, Jill won with a personal best toss of 114' 10"!!! Just 24 hours after I had "lied" to her. Just 24 hours after she had actually thrown 110' 6". But, now she had ACTUALLY thrown the discus four feet further than she had ever thrown it before without any practice in between our extra session the day before and the meet. But, unbelievably, the story doesn't end here.

Eleven days later we were at the Drake intramural field where the State discus event was to be held. It was a terrible weather day raining fairly heavily. The discus ring was wet. The officials even had to use towels to constantly dry it for the athletes. Jill came into the event with the 8th best throw in the districts.

Her goals were simple: break the school record of 115' 1" and place in the top six to score at least one point for herself, her teammates, and the school. (Jill was the only qualifier from our school that year).

You get 3 throws in the prelims and the top eight qualify for 3 more in the finals. Jill didn't need 6 throws, or even 3 throws that day. On her second throw in the preliminaries she uncorked a toss like she had never had before. The discus sliced through the heavy, rainy air and splashed down. The officials marked it. Then, they measured it. 118' 1"! Amazing!!! But, the most amazing part of the story was that it held up...Jill won the state title by three inches!

She would go on her junior year to place second at State and again win the state meet her senior year. She would throw the discus in college, eventually having a personal best over 135 feet!

I know she got better coaching in college. But what changed in the 12 days from that Sunday afternoon, when I tricked her until the state meet? Not her technique, not her workouts, not her strength level, not her build.

After that state meet her sophomore year, her parents took her and my wife and I out for a steak feast in Des Moines. While we were eating dinner I told everyone what I had done 12 days earlier. As I told the story, Jill's mouth dropped open further and further. When I finished, Jill got mad! That's right! She got mad at me and said, "I can't believe that you would lie to me like that."

For a brief moment I felt bad. Then, I looked up at her. Looked her right in the eyes and said, "Jill, take one more look at that medal around your neck. Now you answer me this. Was I lying to you or were you lying to yourself for two years?"

I wonder how many people go through life lying to themselves about their potential and their ability to reach their dreams. I would venture a guess that 90%-95% of us do. Most of us are like Jill. We set our own barriers in our minds. We lie to ourselves.

When someone tries to encourage us, we usually respond with some negative answer. Psychologist, Shad Helmstetter, says that 70% of our self-talk is negative. (Self-talk is what we say to ourselves about ourselves). I agree, and I know Jill would agree too.

Be the best possible you!