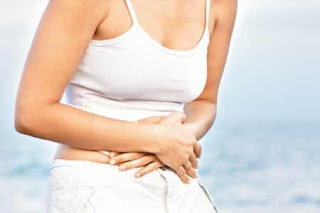 Does your stomach have a mind of its own? With all of those nervous butterflies, stress knots, postprandial flare-ups and other gut-based feelings, it certainly seems like it.

In fact, your digestive system does contain a second brain of sorts, known as the enteric nervous system, which produces every class of neurotransmitter found in the brain in your head. It's a hotbed of activity, too: The number of messages sent by the enteric nervous system to the brain outnumbers the communications traveling in the reverse direction by nearly ninefold.

"The brain in your head doesn't tell the brain in your gut specifics of what to do, but it does tell it to do more or do less," says Michael D. Gershon, M.D., chairman of the department of anatomy and cell biology at Columbia University and author of The Second Brain: A Groundbreaking New Understanding of Nervous Disorders of the Stomach and Small Intestine. "And if, as a result of those signals, the gut acquires excess motility, that leads to pain, cramps, disturbance or diarrhea."

In light of this, researchers are taking a new look at stomach upset. For example, the enteric nervous system reacts promptly to changes in the availability of serotonin; indeed, most of your body's serotonin is produced by the digestive system. That's why mood-altering drugs that change serotonin levels are likely to affect the digestive system at low doses. Also, conditions such as ulcers, once thought to be provoked by anxiety, are now known to have a physiological origin. If you experience symptoms of stomach distress every day or every week, see your doctor. Meanwhile, mild or intermittent conditions may be relieved-or even prevented-by the natural remedies and healthy habits that improve elements of digestive function.

Gas And Bloating
Flatulence is more than just embarrassing-that buildup of air in your abdomen can become uncomfortable or even painful. Gas is caused by the fermentation of carbohydrates broken down by bacteria, a perfectly normal part of digestion. Unfortunately, the fiber-rich vegetables that are a necessary part of your healthful diet can also increase gas production, says Anil Minocha, M.D., professor of medicine at the University of Mississippi School of Medicine and author of Natural Stomach Care.

While you can't stop it entirely, you can decrease the chances that your own natural-gas factory will cause excess bloating or empty the room around you. For occasional symptoms-or before a big night out-try an over-the-counter product containing simethicone, such as Gas-X or Phazyme; this is a chemical that breaks up bubbles and is often added to antacids. Activated charcoal tablets may absorb some of your gas, but check with your doctor because charcoal sometimes interferes with the effectiveness of certain medications, warns Gary Gitnick, M.D., chief of the division of digestive diseases at UCLA Medical School and the author of Freedom From Digestive Stress.

For natural prevention of excess gas, your best strategy is to reduce the fermentation process. For that, take the following steps:

Beans are a leading cause of gas buildup. Minocha recommends soaking beans overnight and draining the water before you cook them; this helps to get rid of hard-to-digest carbohydrates. Or take a remedy such as Beano, which contains alpha-galactosidase, the enzyme that helps you digest them without sound effects.

Dairy can also be a problem. As many as 50 million Americans are lactose-intolerant or lactose-sensitive, according to the National Digestive Diseases Information Clearinghouse; Native Americans, African Americans and Asian Americans are at the highest risk. If you suspect that you have trouble digesting dairy products, remove them from your diet for a week to see if your symptoms improve. If they do, see your doctor, who may recommend that you take lactase, the enzyme that makes lactose digestible. In mild cases, you may be able to eat some cheese, ice cream or yogurt; otherwise, stick to calcium-fortified soy milk and other lactose-free products.

Watch those "low-carb" foods. Many of today's sugar-free or carbohydrate-reduced products are sweetened with sugar alcohols that aren't well absorbed by the body; that's one of the reasons they don't raise your insulin levels the way sugar does. But when the undigested carbohydrates reach your colon, they can react with your natural bacteria, resulting in bloating, cramping or gas.

Plant a red flag by certain foods. Brussels sprouts, broccoli, cauliflower, onions, radishes and fruit can all produce excess gas. However, they're also among the most nutritious items you can eat, so don't cut them out entirely-just eat smaller portions at any one meal, and eat them slowly. And remember that thoroughly cooked veggies can be easier to digest than raw ones, Gitnick says.

To ease gas pressure, gently massage your abdomen. Or use your fingertips on the acupressure point three finger-widths below your navel. (If you may be pregnant, don't do either of these without consulting a doctor.)

If your gas problem causes embarassment but no physical discomfort, you can always sit on a GasBGon cushion. This device, manufactured in North Carolina, uses acoustical foam and a charcoal filter to dampen both smell and sound.

Otherwise known as GERD, or gastroesophageal reflux disease, heartburn occurs when acid from your stomach rises into your esophagus, causing a burning sensation. According to the UCLA Center for Neurovisceral Sciences and Women's Health, up to 44 percent of the U.S. adult population experiences heartburn at least once a month, 14 percent weekly, and 7 percent daily. While a single episode is just a mild annoyance to most people, frequent acid exposure can damage the esophagus.

The cause? "To a large extent, we don't know," says Gershon. "It sometimes is associated with stress or a hiatal hernia. Or there may be too-frequent openings of the sphincter that separates the esophagus from the stomach."

Medical treatments for heartburn have boomed over recent years, and a variety of choices are available over-the-counter. The first line of defense is an antacid, such as Tums or Rolaids, which contains an alkaline mineral like calcium or magnesium to counteract acidity. These work almost instantly, but may not last as long as other treatments. H2 blockers, such as Zantac and Pepcid, prevent your system from producing as much acid as it usually does; taken prior to a meal, they can often stop heartburn before it starts. The end-all treatment for serious cases is a proton-pump inhibitor, such as Prilosec, which halts the production of stomach acid at its source.

The occasional antacid won't hurt anyone, but purging your stomach acid is unwise over the long term. "What you eat isn't sterile, and you have more of a chance of getting an infection without acid to kill the bacteria," Gershon says. He recommends that if you do take acid-blockers, use the lowest dose you need for as short a period as possible. If you practice a few healthful behaviors, it's likely you won't have to reach for an acid-blocker to calm a burning gut.

If you're overweight, the answer is simple: Losing the extra pounds "should help mitigate heartburn," says Gershon. A study at the Queen's University of Belfast, Ireland, found that obese patients were three times more likely to suffer from GERD. Eating smaller meals can help, too.

Smoking is another culprit, upping the production of stomach acid and relaxing the esophageal sphincter. In a study published in the American Journal of Gastroenterology, participants who abstained from tobacco for 48 hours found that their heartburn episodes more than doubled when they went back to smoking.

If you live right and still have heartburn, try these solutions:

Cut the tension. If your problem flares up in times of stress, try yoga or deep breathing. A study at the University of Alabama at Birmingham found that people who practiced relaxation techniques lowered both their heartburn symptoms and acid exposure in the esophagus. Regular aerobic exercise can also help keep stressful situations from affecting you.

Sleep better. Some people are more likely to get heartburn in a prone position. "Lying on the left side of the body has the lowest risk of acid reflux compared to lying down in any other position, including sleeping on the right side," says Minocha. "Patients should raise the head end of the bed with 4- to 6-inch blocks-using an extra pillow is not a substitute." Also, if you don't eat anything less than three hours before bedtime, you may improve sleep quality and cut down on heartburn.

A baffling, frustrating problem for doctors and patients alike, IBS affects as many as 20 percent of Americans, with women in the majority. Rather than a specific disease, it's defined as a collection of symptoms, including abdominal cramps and bloating, flatulence, and diarrhea or constipation. Where once it was assumed to be a psychological problem, researchers now believe there are physical components as well.

"My colleagues and I have found the first molecular change in the bowel to be identified with IBS," says Gershon. "The observation suggests, but does not prove, that IBS is an intestinal disease, possibly caused by infection or a congenital defect."

If you are diagnosed with IBS, especially when accompanied by constipation, you may be prescribed tegaserod (Zelnorm), which boosts intestinal motility; it works by interacting with receptors for serotonin, the neurotransmitter that antidepressants affect in the brain. Another drug, alosetron (Lotronex), appears to work in a similar way by slowing contractions for patients with diarrhea, but it has a higher likelihood of side effects. Antispasmodic drugs and antidepressants work for some patients but not for others.

With or without medication, it's clear that stress makes the problem worse-and a bad case of IBS greatly increases stress levels in turn, causing a vicious cycle. Relaxation techniques are essential steps toward finding relief. In a hospital study of 204 patients in Manchester, England, 70 percent of the subjects reported improvement after 12 weekly sessions of hypnotherapy; most still felt better one to six years later. In another study at New York's Mount Sinai School of Medicine, patients who were given combined treatment by a psychotherapist and a gastroenterologist demonstrated-in just a few weeks-significantly more improvement than patients who received medical treatment alone. Other techniques that may prove useful include meditation, cognitive-behavioral therapy, biofeedback and visualization.

The following actions may also help relieve your symptoms and calm your colon:

Eat with care. To reduce your digestive system's workload, have frequent small meals in a relaxing setting. Avoid anything that may irritate your GI tract, including caffeinated or carbonated beverages, hot peppers and fatty foods. Gradually introduce high-fiber foods into your diet, but avoid bran if it exacerbates your symptoms.

Take peppermint. Several studies suggest that enteric-coated peppermint oil has a calming effect on spasms of the colon. In a controlled study at a hospital in Taiwan, 79 percent of IBS patients who took the capsules before meals for a month felt a reduction in pain and other symptoms.

Turn to probiotics, which are beneficial bacteria that help digest food. According to North Carolina gastroenterologist Stephen M. Faber, M.D., IBS patients who took probiotics saw their symptoms decrease by half. They're available in capsules or in specialized foods such as yogurt. Minocha cautions that everyday yogurt is too weak to be of much good. Instead, shop at health-food stores for active-culture products, such as those from Stonyfield Farms, that contain 3 billion to 5 billion live bacteria per gram.

There's a placebo effect in all these remedies, says Gershon, which makes it difficult to pinpoint their effectiveness. But to someone who just wants to end the discomfort, it doesn't matter what's making it happen. If you can get your big brain to tell the little brain in your gut to feel better-and it does-that's already a success.