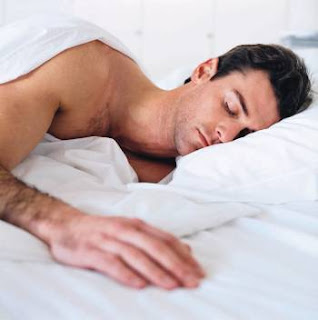 Sleep apnea, a condition in which breathing repeatedly stops and starts during sleep, has been linked to depression in a new study.

Researchers from the Centers for Disease Control and Prevention say obstructive sleep apnea and other symptoms of OSA are associated with probable major depression, regardless of factors like weight, age, sex or race.

However, researchers did not determine a link between depression and snoring.


“Snorting, gasping or stopping breathing while asleep was associated with nearly all depression symptoms, including feeling hopeless and feeling like a failure,” said Anne G. Wheaton, Ph.D., lead author of the study.

“We expected persons with sleep-disordered breathing to report trouble sleeping or sleeping too much, or feeling tired and having little energy, but not the other symptoms.”

Researchers surveyed 9,714 American adults in the first nationally representative sampling to examine this relationship. Previous studies have focused on smaller samples of specific populations, such as people suffering from obstructive sleep apnea (OSA), depression or other health conditions.

The findings are found in the April issue of the journal SLEEP.

Wheaton said the likelihood of depression increased with the reported frequency of snorting and/or instances when breathing stopped in the study. She suggested screening for these disorders in the presence of the other could help address the high prevalence and underdiagnosis of sleep apnea and depression, especially if sleepiness is a chief complaint.

Experts report that snorting, gasping and pauses in breathing during sleep are all signs of OSA. Six percent of men and 3 percent of women in the study reported having physician-diagnosed sleep apnea. OSA occurs when the muscles relax during sleep, causing soft tissue in the back of the throat to collapse and block the upper airway.

Posted by pratanacoffeetalk at 8:43 AM