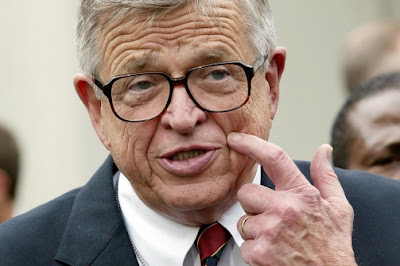 The former Nixon hack had a brilliant second life as an evangelical intellectual and political activist. His ideas were so powerful, even after their peak, that the Christian right is still unable to escape them.

Charles “Chuck” Colson, the Nixon adviser who was snared by Watergate and redeemed himself as a leader on the religious right, died Saturday at age 80.

Colson described his conversion to evangelical Christianity as a post-Watergate moment when a recently converted friend read him a passage from C.S. Lewis’s Mere Christianity about pride. “I spent an hour on the side of the road right next to my friend's home, crying, thinking about my wife, wanting to know God, wanting to be clean,” he recalled. After serving seven months of his prison sentence, Colson founded Prison Fellowship, a Christian outreach to prisoners and ex-prisoners that would eventually become the largest ministry of its kind in the United States.

“When I was in prison, I saw the absolute futility of the prison system. There's no way you can take a bunch of criminals, stick ’em in a dormitory where they sit around at night comparing the crimes they committed and how they’re going to do it next time, and expect to rehabilitate them,” he said.

It was as a prison minister that Colson became known to American evangelicals, who were characteristically willing to welcome a repentant sinner. But his conversion and his first memoir, Born Again, published shortly after his release from prison in 1975, were the beginnings of a second life as a prolific author and public intellectual to conservative Christians, one of the most prominent advocates of the “worldview” education that would sweep the Christian right in the 1990s. BreakPoint, his daily radio commentary, would soon be punctuating the airwaves of hundreds of Christian radio stations, featuring Colson’s Boston-inflected voice recounting the latest sensational outrages against traditional morality.

Influenced deeply by the evangelical theologian and philosopher Francis Schaeffer, Colson helped popularize the concept of the “Christian worldview,” an articulation of evangelical Christian belief as a philosophical system in opposition to an array of isms like deism, Darwinism, existentialism, naturalism, and New Ageism. Christian-worldview literature gave rise to numerous camps and academies where evangelical teenagers learned to categorize non-Christian belief, as well as reams of curricula that colonized evangelical schools, and was particularly influential among religious homeschoolers. 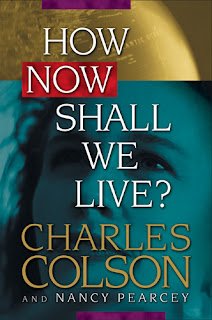 Colson’s bestselling 1999 opus, How Now Shall We Live?, co-authored with Nancy Pearcey, was envisioned as a complete philosophical defense of Christianity against its modern opponents, Darwinism chief among them. Following Schaeffer’s efforts to catalogue Western history as the rise and fall of ideas, Colson saw the world as a battleground of “great ideas” that shape civilizations and determine the path of events.

Sociologist James Davison Hunter described Colson’s notion of a worldview as “not just a set of doctrines and beliefs and the values based on them, but a wide-ranging and inclusive understanding of the world; a worldview in competition with other worldviews.” This thinking defined a generation of Christian culture warriors to see their struggle against secularism as an ideological struggle, a war of good ideas against bad ideas. To the increasingly influential Christian right of the 1980s, the idea of worldviews in conflict was transformative, a call not just to political activism, but to the life of the mind—all for the purpose of understanding and refuting the ideas underlying modern evils such as abortion and secularism.

To the increasingly influential Christian right of the 1980s, the idea of worldviews in conflict was transformative, a call not just to political activism, but to the life of the mind.


Colson married his theorizing with persistent political activism, including several high-profile evangelical political stunts. In 1994 he led an entourage of prominent evangelicals who collaborated with Catholic writers and theologians to sign the statement “Evangelicals and Catholics Together,” published in the Catholic-flavored journal First Things. The event was a watershed moment in the emerging political coalition of evangelicals and right-wing Catholics, who united to announce their alliance against “widespread secularization.”

In 2002 Colson and other evangelical leaders signed an open letter to President George W. Bush praising his “bold, courageous, and visionary leadership” and giving their blessing to the Iraq War. And in 2009 Colson was part of another major ecumenical statement: the Manhattan Declaration, an evangelical-Catholic manifesto that called for civil disobedience against abortion and gay marriage.

In addition to his busy schedule of ministry and activism, Colson wrote a weekly column for the evangelical magazine Christianity Today and Townhall.com. Perhaps the least remarkable aspect of his output, his column was a platform for political commentary that reliably tacked along Republican talking points, and occasionally warned that America’s efforts to banish God from the public square would not end well. The column was uncontroversial until Colson was accused of having it written by ghostwriters and confessed to using a “writing team” to produce much of his output.

Colson lived long enough to see his ideas peak in evangelical circles, as a younger generation began to question the “worldview” paradigm as an effective way to engage secular culture. In his study of evangelical efforts to change American culture, James Davison Hunter wrote that Colson’s “bottom up” view of cultural change insisted that individuals who had the right ideas had the most power to change the course of American culture.

“This account was almost wholly mistaken,” Hunter writes, because the culture war is decided by influence and access to power, not simply by having the winning ideas. Reviewing a book by Colson’s co-author and follower, Nancy Pearcey, in the evangelical journal Comment, Alissa Wilkinson expressed the growing shift away from Colson’s worldview paradigm: “Being able to accurately identify the wrong ‘ideas’ in a movie I watch will not make me a more faithful Christian if I miss the way the story encourages me to live. I don’t have a worldview. My worldview has me.”

There is evidence that Colson, too, reconsidered his methods later in life. In a 2009 interview with Time, he expressed regrets about the way his campaigns had ended up placing such a high value on political engagement. “We made a big mistake in the ’80s by politicizing the Gospel … We [thought] that we could solve the deteriorating moral state of our culture by electing good guys. That’s nonsense. Now people are kind of realizing it was a mistake.”

At the end of Colson’s life, countless evangelical conservatives are echoing his regrets about the culture war he spent his final four decades fighting. But like Colson, they have had a difficult time discovering how to regroup and which way to move next. The power of Colson’s ideas still runs deep.


The Author
David Sessions is a homepage editor at Newsweek/The Daily Beast. He has written for Slate, Politics Daily, New York, The Daily and others. He is the founding editor of Patrol, a blog about religion and politics.
------------------
http://www.thedailybeast.com/articles/2012/04/21/how-nixon-aide-chuck-colson-s-ideas-transformed-american-evangelicalism.html
http://files.tyndale.com/thpdata/images--covers/500%20h/978-0-8423-1808-2.jpg
Posted by pratanacoffeetalk at 4:31 PM