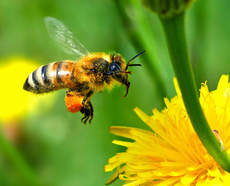 Perception is an active not a passive process

People tend to think of perception as a passive process. We see, hear, smell, taste or feel stimuli that impinge upon our senses. We think that if we are at all objective, we record what is actually there. Yet perception is demonstrably an active rather than a passive process; it constructs rather than records "reality." You construct how you choose to see the world.

As you can see, the perception of the observer depends upon the observer's own assumptions and perceptions. That is not to say we experience totally different things but different aspects of things. The Hindu's view of a cow in no way corresponds to that of a canning factory meat packer, and in Istanbul they keep their pigs in the zoo instead of making them into sausage.

We build our own reality. Even colors are products of our mind. Vincent Van Gogh told his brother he could see twenty-seven different shades of grey. Who knows if my red is the same as your red? Even if the two most distinguished color experts in the world were asked to dress up Santa Claus, and one were asked to pick the coat and the other the trousers you can be sure the top will not exactly match the bottom.

An oft-quoted story about Pablo Picasso is about the time he was hanging around an exhibition of his paintings in Paris. He was approached by a man who asked Picasso why he didn't paint people the way they look. "Well, how do they look?" asked Picasso. The man took a photograph of his wife from his wallet and handed it over. Picasso looked at the picture; then handing it back, said, "She is awfully small isn't she. And flat too." We have to accept the fact that much of what seems real to us is governed by our own perceptions.

WE SEE NO MORE THAN WE EXPECT TO SEE 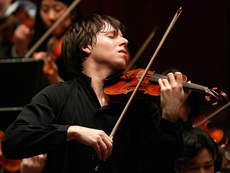 Our stereotyped notions block clear vision and crowd out imagination. This happens without any alarms sounding, so we never realize it is occurring. Not long ago, a man sat at a metro station in Washington DC and started to play the violin.  It was a cold January morning. He played six Bach pieces for about 45 minutes.  During that time, since it was rush hour, it was calculated that thousands of people went through the station.

One man stopped for a few seconds and then hurried on to meet his schedule. A little later, a woman threw a dollar into the till and without stopping continued on her way. The first person who paid the most attention was a 3 year old boy. Finally the mother pushed hard and the child continued to walk turning his head all the time. This action was repeated by several other children. In the 45 minutes the musician played, only the children it seemed wanted to stop and listen.
When he finished playing and silence took over, no one noticed it.  No one applauded, nor was there any recognition. No one knew this but the violinist was Joshua Bell, one of the best musicians in the world.  He played one of the most intricate pieces ever written with a violin worth 3.5 million dollars. Two days before his playing in the subway, Joshua Bell sold out at a theater in Boston and the seats averaged $100.00.

Joshua Bell playing incognito in the metro station was organized by the Washington Post as part of a social experiment. Because he was playing in a subway station, people assumed he was a street musician playing for handouts and paid no attention to his music. They saw and heard what they expected to see and hear from a street musician.

Thumbs up to the children who had the awareness they were listening to extraordinary music.

We make instantaneous judgments every day all predicated on what we see and hear based on our past experiences. For example, did you notice anything unusual in the above illustration? (See end for answer.)

PRIMING THE WAY YOU LOOK AT THINGS

I have always been fascinated by how easily we can change the way we look at things. What made psychologist Sigmund Freud famous was not the discovery of a new science about the subconscious, but in fact, was his way of representing the subject in a new way. Sigmund Freud would "reframe" something to transform its meaning by putting it into a different framework or context than it has previously been perceived. For example, by reframing the "unconscious" as a part of him that was "infantile," Freud began to help his patients prime the way they thought and reacted to their own behavior.

Psychologists Ap Dijksterhuis and Ad van Knippenberg at the University of Nijmegen, the Netherlands, asked half a group of volunteers to carry out a simple mental exercise that involved imagining the mindset of a typical university professor. The other half imagined a football hooligan. All then had to answer some general- knowledge questions. The professor group got 6o per cent of their questions right, while the hooligan group got only 41 per cent.

Focusing on the body rather than the mind, John Bargh and his colleagues at New York University asked their volunteers to do a mental task involving words relating to old age, such as "wrinkled", "grey" and "bingo". A second group was shown words unrelated to old age. The researchers then said the experiment was over and secretly recorded the time each participant took to walk down the long hallway to the exit. Those with old age on their mind took significantly longer to walk down the corridor.

So it seems that a just a few moments' thinking time can prime you to perform either better or worse than normal at both mental and physical tasks.

As the following thought experiment illustrates, you can even lessen pain by changing the way you look at it.

Researchers at Oxford University discovered a way using inverted binoculars to reduce pain and swelling in wounds. Remarkably, when you look at a wound through the wrong end of binoculars, your perception of the wound makes it seem much smaller. It's this perception that acts like a painkiller and diminishes pain. According to the researchers, this demonstrates that even basic bodily sensations are modulated by your perception.

(ANSWER to thumbs up: There are only three fingers and one thumb.)


The Author
Michael Michalko is the author of Creative Thinkering, Thinkertoys (A Handbook of Creative Thinking Techniques), Cracking Creativity, and ThinkPak (A Brainstorming Card Deck). While an army officer, he organized a team of NATO intelligence specialists and international academics to find and collect the best inventive thinking methods and techniques in the world. He has expanded and taught these techniques to numerous Fortune 500 companies, associations, government agencies and organizations around the world. He lives in Rochester, New York and Naples, Florida. His website is: http://www.CreativeThinking.net.
---------
http://www.psychologytoday.com/blog/creative-thinkering/201108/change-the-way-you-look-things-and-the-things-you-look-change
Posted by pratanacoffeetalk at 6:00 AM

Email ThisBlogThis!Share to TwitterShare to FacebookShare to Pinterest
Labels: Creativity