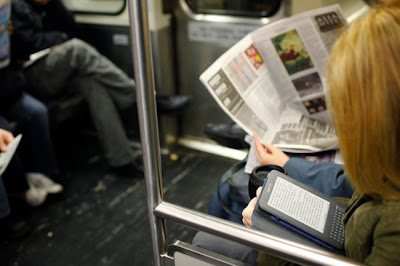 The government’s decision to pursue major publishers on antitrust charges has put the Internet retailer Amazon in a powerful position: the nation’s largest bookseller may now get to decide how much an e-book will cost, and the book world is quaking over the potential consequences.

As soon as the Department of Justice announced Wednesday that it was suing five major publishers and Apple on price-fixing charges, and simultaneously settling with three of them, Amazon announced plans to push down prices on e-books. The price of some major titles could fall to $9.99 or less from $14.99, saving voracious readers a bundle.

But publishers and booksellers argue that any victory for consumers will be short-lived, and that the ultimate effect of the antitrust suit will be to exchange a perceived monopoly for a real one. Amazon, already the dominant force in the industry, will hold all the cards.

“Amazon must be unbelievably happy today,” said Michael Norris, a book publishing analyst with Simba Information. “Had they been puppeteering this whole play, it could not have worked out better for them.”

The government said the five publishers colluded with Apple in secret to develop a new policy that let them set their own retail prices, and then sought to hide their discussions.

As soon as the deal was in place in 2010, the government said, prices jumped everywhere because under the agreement, no bookseller could undercut Apple.

HarperCollins, Hachette and Simon & Schuster settled the charges Wednesday, leaving the other two, Penguin and Macmillan, and Apple to fight.

Amazon, which already controls about 60 percent of the e-book market, can take a loss on every book it sells to gain market share for its Kindle devices. When it has enough competitive advantage, it can dictate its own terms, something publishers say is beginning to happen.

The online retailer declined to comment Wednesday beyond its statement about lowering prices. Asked last month if Amazon had been talking to the Justice Department about the investigation — a matter of intense speculation in the publishing industry — a spokesman, Craig Berman, said, “I can’t comment.”

Traditional bookstores, which have been under pressure from the Internet for years, fear that the price gap between the physical books they sell and e-books from Amazon will now grow so wide they will lose what is left of their market. Barnes & Noble stores, whose Nook is one of the few popular e-readers that is not built by Amazon, could suffer the same fate, analysts say.

“To stay healthy, this industry needs a lot of retailers that have a stake in the future of the product,” Mr. Norris said. “The bookstore up the street from my office is not trying to gain market share. They’re trying to make money by selling one book at a time to one person at a time.”

Electronic books have been around for more than a decade, but took off only when Amazon introduced the first Kindle e-reader in 2007. It immediately built a commanding lead. The antitrust case had its origins in the leading publishers’ struggle to control the power of Amazon, which had one point had 90 percent of the market.

Apple’s introduction of the iPad in early 2010 seemed to offer a way to combat Amazon.

John Sargent, the chief executive of Macmillan, said he would not settle because he had done nothing wrong and colluded with no one. He wrote to his authors and employees that he made the decision to change pricing structure “on January 22nd, 2010, a little after 4 a.m., on an exercise bike in my basement. It remains the loneliest decision I have ever made, and I see no reason to go back on it now.”

The government suit, filed in United States District Court for the Southern District in New York, made clear that the publishers were resentful and angry about the way that their relationship with Amazon had evolved. The retailer started out a customer of the publishers, but became a competitor. Even as the publishers and Apple negotiated in early 2010, the suit said, Amazon announced its own publishing program.

This only fed publishers’ anxiety. “I am now more convinced that we need a viable alternative to Amazon or this nonsense will continue and get much worse,” the suit quoted David Shanks, the Penguin USA chief executive, as saying.

In the short term, readers will save money. When 16 states simultaneously sued Apple and three of the publishers Wednesday, they said consumers had lost $100 million as a result of higher e-book prices.

“It will look like blue skies,” said Lorraine Shanley, a publishing consultant. “But in the longer term, competition erodes as the spread between e-books and physical books grows greater. There will be fewer retail stores.”

Booksellers reacted to the news with dismay. The American Booksellers Association said the Justice Department’s decision “to challenge a business model that played an essential role in fostering a more competitive, diverse retail environment seems to turn logic on its head.”

“If there’s an upside, I don’t see it yet,” said J. B. Dickey, the owner of the Seattle Mystery Bookshop. “My fear is that the major publishers won’t be able to stay in business just selling e-books. You can’t bring in enough money to support the infrastructure. If that happens, there goes the marketing, the editorial, the author tours, the expertise of the book industry.”

And his store, he added.

Celebrating on Wednesday was Steve Berman, a lawyer who last summer filed a class-action lawsuit against the five publishers and Apple for price-fixing. “The actions by the Justice Department substantiate our view of the case,” Mr. Berman said.

Mr. Berman’s firm, Hagens Berman, is in a Seattle office building that also houses Amazon offices. That has set off some speculation among Amazon opponents. Mr. Berman said the proximity was simply a coincidence. “We have no relationship with Amazon,” he said.

Amazon executives have said that the future is open to the bold, but that certain elements will be left behind. “Our mission is to reinvent reading,” one executive, Russ Grandinetti, said in an interview. “I guess Kindle’s not great for book binderies.”

The retailer has been taking a more aggressive stance toward publishers in recent months. When it failed to get better terms from a large Chicago distributor, the Independent Publishers Group, it removed IPG’s nearly 5,000 e-books from sale.

Curt Matthews, IPG’s chief executive, said publishers who dealt with Amazon “will have to insist on keeping their fair share. It is obviously true that producing good content is the hard part of making a good book, no matter how that content is captured. Why should publishers cede all of their power to this new player in the book business?”

Posted by pratanacoffeetalk at 9:28 AM