WHAT WE WEAR AFFECTS WHAT WE THINK 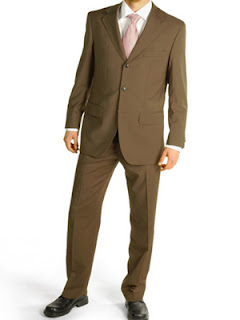 Whether donning a suit for an interview or a sexy outfit for a date, it's obvious that most of us are well aware of the power of clothing to affect how other people perceive us. But what about the power of our clothes to affect our own thoughts?

Relevant to this question is the growing "embodied cognition" literature showing that the position and state of our bodies can affect our thoughts - for example,  cleaning their hands makes people feel morally purer. In a new study Hajo Adam and  Adam Galinsky propose that clothes can have similar effects on our thoughts - a phenomenon they call "enclothed cognition".

To test this idea, the researchers focused on the power of white coats, synonymous with scientists and their attention to detail. In an initial study, 58 students took part in a test of their powers of selective attention known as the Stroop Test (on critical trials, the ink colour of a word must be named whilst ignoring the colour meaning of the word, e.g. RED written in blue ink). Half the students performed the task in a scientist's white lab coat (they were told that this was to be consistent with previous participants who'd taken part during building work and worn the coat for protection). The other students just wore their own clothes. The key finding - students in the lab coats made half as many errors on the critical trials of the Stroop Test.

The researchers next wanted to test their proposal that enclothed cognition effects depend on the symbolic meaning of clothes and actually wearing them. For these studies, the participants completed sustained attention tests that involved spotting differences between two similar images. Participants who donned a lab coat performed significantly better than others who merely saw a lab coat on the desk (thus suggesting the enclothed effect is more powerful than mere priming) or others who wore the same kind of coat but were told it belonged to a painter.

Is the enclothed effect about some kind of identification with the clothing? It seems it is more than that. For a final study, participants who wore a lab coat performed better on the sustained attention task than those who wore no coat but wrote an essay about how they identified with a lab coat. In turn, those who wrote the essay performed better than participants who wore a painter's coat.

"Clothes can have profound and systematic psychological and behavioural consequences for their wearers," the researchers said. Future research, they suggested, could examine the effects of other types of clothing: might the robe of a priest make us more moral? Would a firefighter's suit make us more brave? "Although the saying goes that clothes do not make the man," the researchers concluded, "our results suggest they do hold a strange power over their wearers."

As well as building on the embodied cognition literature, these new findings also chime with recent "positive contagion" research showing that amateur golfers' performance improved, and their perception of the hole changed, when they thought they were playing with a putter that belonged to a professional.