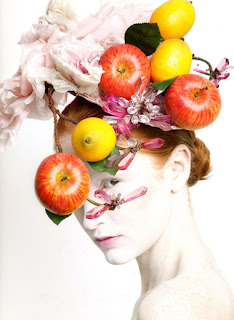 There was a time when media planners' role was limited to determining where marketers should advertise. The world has so moved on.


Each year I make it a point to attend MTV's upfront presentation -- and not because its party has the best headline acts. (Last year it was Bruno Mars, the year before it was Train.) MTV more than anyone else really "gets" millennials -- the largest and most important consumer segment. The popularity of shows like "16 and Pregnant" and its "Teen Mom" followup helps us understand a generation that is embracing responsibility and social issues. MTV's revival of "Beavis and Butthead" supports another trend we're seeing among millennials: the popularizing of the 1990s as the hip decade.

TV of course has always been a barometer for popular culture. When "Friends" first the air in 1994, it offered a window into Gen X-ers at a time when they were exploring a new kind of tribal bonding. The quick popularity of "24" showed a hardening of the public's stance on security post9/11. And popular shows such as "Modern Family" and "Glee" include prominent portrayal of lead gay characters in interesting stories, indicating something of a coming out for Middle America.

Then last month, rather astoundingly, CBS's "The Big Bang Theory" surpassed Fox "American Idol" in the ratings. Yes, this could be a sign that the longtime ratings king is tiring, but perhaps it's also a validation that geeks and technology have officially become cooler than chasing fame and fortune.

But it's not just TV anymore.

At Mindshare we're seeing a consumer movement toward a more visual culture brought on by technology and media. Smarter devices are prompting more occasions for people to create and consume visual content, while social media is encouraging that content to be shared on multiple platforms.

This is manifesting itself in text-based tweets' giving way to photo and video tweets, Google+ hangouts that facilitate group video, the proliferation of infographics at news outlets, viral sharing of Photoshopped images and, most recently, the rise of Pinterest, the online pinboard for sharing images and video -- and currently the fastest-growing social-media platform.

Consumers are compiling and sharing photos and video, like an earlier generation collected LPs and bumper stickers, as their version of defining and projecting their individual identity.

Insights derived from the way consumers use media can help drive more potent communications. The breakthrough advertising idea for Dove's "Campaign for Real Beauty," to use real, life-size models, involved a lot of exploratory work with consumers. But one supportive insight came from the media, when the planning team learned that 80% of women felt worse about themselves after reading a beauty magazine.

When Estee Lauder saw how Facebook profiles were becoming an important social currency for young women, the cosmetics marketer made digital photographs available at in-store makeup counters so that consumers could post them to their profile pages.

The opportunities for insights are beginning to seem endless. If you want to know when to advertise to vacation planners or wedding planners, then check out Google to understand the patterns of when and what people are searching.

Before you advertise in media, see what the media can tell you about how to advertise.

ABOUT THE AUTHOR
Antony Young is the CEO of Mindshare North America, a WPP media strategy and investment agency. He recently published "Brand Media Strategy," a Palgrave MacMillan and Advertising Age publication about integrated communications planning in the Google and Facebook era.
---------
http://adage.com/article/mediaworks/visual-culture-taking-insights-media/233122/?utm_source=mediaworks&utm_medium=newsletter&utm_campaign=adage
http://www.exeter.ac.uk/fch/images/visual-culture1c.jpg
Posted by pratanacoffeetalk at 9:25 AM