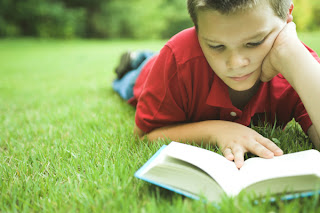 Children in New York City who learned to read using an experimental curriculum that emphasized nonfiction texts outperformed those at other schools that used methods that have been encouraged since the Bloomberg administration’s early days, according to a new study to be released Monday.


For three years, a pilot program tracked the reading ability of approximately 1,000 students at 20 New York City schools, following them from kindergarten through second grade. Half of the schools adopted a curriculum designed by the education theorist E. D. Hirsch Jr.’s Core Knowledge Foundation. The other 10 used a variety of methods, but most fell under the definition of “balanced literacy,” an approach that was spread citywide by former Schools Chancellor Joel I. Klein, beginning in 2003.

The study found that second graders who were taught to read using the Core Knowledge program scored significantly higher on reading comprehension tests than did those in the comparison schools.

“This data shows a promising option for principals to consider,” said Josh Thomases, the deputy chief academic officer for the city’s  Education Department.

He said the new curriculum could be useful in helping achieve the new learning targets, known as the Common Core, that New York and most other states have adopted. “As we align curricula and materials with the new Common Core Standards, we look forward to working with this group and others toward a higher standard,” he said.

The pilot program and study were started in the 2008-9 school year by Mr. Klein, who worried that students suffered from what he called a “knowledge deficit.” The study was conducted by the Education Department and paid for with $2.4 million in private donations raised by the Fund for Public Schools, a charity that supports department initiatives.

But city officials said it was not an indication that balanced literacy methods should be abandoned. And several proponents of the longstanding approach, including Carmen Fariña, a former deputy chancellor, said the study focused on too few schools to be used in policy decisions.

“I think it’s a very problematic study,” said Lucy Calkins, a professor at  Columbia University’s Teachers College  and an architect of the city’s balanced literacy program.

“As far as I can tell, they gave resources to 10 schools to support content literacy and then they tested all of the schools on content literacy,” she said, adding that there was no way of knowing with what fidelity the 10 comparison schools were using a form of balanced literacy.

Dr. Hirsch is the author of a number of books on education, including “Cultural Literacy: What Every American Needs to Know,” a best seller based on the idea that American schools were teaching children to read in a vacuum, without introducing the background knowledge the children would need to digest higher-level material. The book drew criticism for its insistence that having a common body of knowledge was the basis for America’s national culture.

When he introduced the Core Knowledge pilot program, Mr. Klein said he hoped it could be used to raise eighth graders’ reading scores, which were lagging behind the fourth graders’ gains.

The study found that for each of the three years, students in the Core Knowledge program had greater one-year gains on a brief reading test than their peers in the comparison schools. The difference was most pronounced in kindergarten, when the scores of children following Dr. Hirsch’s method showed increases that were five times those of their peers. By the third year, they were still posting higher scores, but the differences were not as wide. Between the fall and spring of last year, their scores rose 2.5 scale score points, compared with an average gain of 0.9 points in the comparison group. The scale score is based on the number of questions answered correctly, combined with the degree of difficulty of those questions.

On the TerraNova standardized tests on social studies and science, the Core Knowledge students outperformed the comparison group, but on a test of oral reading comprehension and vocabulary their scores were not significantly different.

Under the balanced literacy approach, which was used by seven of the comparison schools and remains the most popular method of teaching reading in the city’s schools, children are encouraged to develop a love of reading by choosing books that are of interest to them. Teachers spend less time directing instruction, and more time overseeing students as they work together.

Reading nonfiction writing is the key component of the Core Knowledge curriculum, which is based on the theory that children raised reading storybooks will lack the necessary background and vocabulary to understand history and science texts. While the curriculum allows children to read fiction, it also calls on them to knowledgeably discuss weather patterns, the solar system, and how ancient Egypt and Mesopotamia compare.

The curriculum may have a particular appeal for city schools beginning to adopt the Common Core standards, which emphasize nonfiction reading and will go into effect in 2014. The Education Department plans to solicit bids from companies interested in creating textbooks, for students of all grades, that will be based on the standards.

Of the teachers and administrators who were surveyed about the pilot program, 72 percent said they were “very satisfied” or “somewhat satisfied” with the curriculum.

“I like balanced literacy, I do; I think that it works well, especially for children who are coming into school having been read to every single day,” said Katie Grady, principal of Public School 104 in Far Rockaway, Queens.

Her school began using elements of Core Knowledge in 2006, under Kathleen M. Cashin, a veteran superintendent who was an early adopter of Dr. Hirsch’s approach, with its heavy emphasis on basic knowledge.

“For my children, who are economically disadvantaged, they needed something more, and the Core Knowledge pilot had it,” Ms. Grady said. Of the nearly 700 students enrolled at her school last year, 88 percent met the city’s definition of poverty.

By ANNA M. PHILLIPS
---------
http://www.nytimes.com/2012/03/12/nyregion/nonfiction-curriculum-enhanced-reading-skills-in-new-york-city-schools.html
http://cdn.sheknows.com/articles/2010/08/a-kid-reading.jpg
Posted by pratanacoffeetalk at 6:00 AM