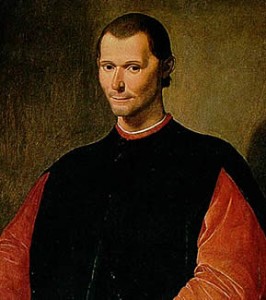 In the 19th century, there was a hydraulic model of how to be a good person. There are all these torrents of passion flowing through you. Your job, as captain of your soul, is to erect dams to keep these passions in check. Your job is to just say no to sloth, lust, greed, drug use and the other sins.

Sermons could really help. They could help you identify sin. Preachers could exhort you to exercise the willpower you need to ward off temptation.

These days that model is out of fashion. You usually can’t change your behavior by simply resolving to do something. If that were true, New Year’s resolutions would actually work. Knowing what to do is not the same as being able to do it. If that were true, people would find it easier to lose weight.

Your willpower is not like a dam that can block the torrent of self-indulgence. It’s more like a muscle, which tires easily. Moreover, you’re a social being. If everybody around you is overeating, you’ll probably do so, too.

The 19th-century character model was based on an expansive understanding of free will. Today, we know that free will is bounded. People can change their lives, but ordering change is not simple because many things, even within ourselves, are beyond our direct control.

Much of our behavior, for example, is guided by unconscious habits. There’s been a lot of research over the past several years about how our habits shape us, and this work is beautifully described in the new book “The Power of Habit,” by Charles Duhigg, a reporter at The Times.

Researchers at Duke University calculated that more than 40 percent of the actions we take are governed by habit, not actual decisions. These can range from what products you buy in the grocery store to when you want sex. Habits are ingrained so deep in the brain that a patient with brain damage sitting in his living room can’t tell you where the kitchen is, but if he is hungry, he can get a jar of peanut butter out of the pantry.

Researchers have come to understand the structure of habits — cue, routine, reward. Duhigg’s book is about people who have learned to instill habits in other people or replace bad habits with good habits.

For example, in the early 1900s, only 7 percent of Americans owned toothpaste. But Claude Hopkins, who was trying to sell Pepsodent, learned that a harmless film naturally coats teeth. In ads, he told people they needed to get rid of the film if they want to have a lovely smile. The film served as a cue for tooth-brushing. A decade after Hopkins’s ads, 65 percent of Americans owned toothpaste, which was good for oral hygiene, but not for removing film (toothpaste doesn’t actually remove it).

You can change the habits of your employees. The football coach Tony Dungy instituted a series of practice drills so that, during a play, each player would look for a specific cue and then react automatically by rote. This way he didn’t have to pause and think. Starbucks instills a series of routines that baristas can use in moments of stress, say if a customer starts screaming at them.

You can change your own personal habits. If you leave running shorts on the floor at night, that’ll be a cue to go run in the morning. Don’t try to ignore your afternoon snack craving. Every time you feel the cue for a snack, insert another routine. Take a walk.

To be an effective person, you are supposed to coolly appraise your own unconscious habits, and the habits of those under your care. You are supposed to devise oblique strategies to alter the triggers and routines. Every relationship becomes slightly manipulative, including your relationship with yourself. You’re marketing to yourself, trying to arouse certain responses by implanting certain cues.

This is sort of disturbing. I’d just emphasize something that peeps in and out of Duhigg’s book but that is often lost in the larger advice culture. The important habitual neural networks are not formed by mere routine, nor can they be reversed by clever triggers. They are burned in by emotion and fortified by strong yearnings, like the yearnings for admiration and righteousness.

If you think you can change your life in a prudential way, the way an advertiser can get you to buy an air freshener, you’re probably wrong.

As the Victorians understood (and the folks at Alcoholics Anonymous understand), if you want to change your life, don’t just look for a clever trigger. Commit to some larger global belief.