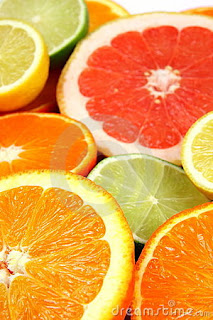 Medical science tells us that when someone suffers a stroke, seconds literally count. The longer the afflicted person goes without treatment, the more brain damage that can occur. In fact, stroke is the third-leading cause of death in the United States, affecting about 795,000 people a year, 600,000 of which are first-time attacks. Stroke is also the leading cause of long-term disability in the U.S.

If you're serious about reducing your risk for a stroke, there's something you can do, and it's not difficult or faddish or out there in left field. It's very simple: eat more citrus fruits.

That's right. According to researchers, consuming more oranges, grapefruits and other citrus, you can reduce your risk of stroke. In fact, they say you can have the same protective effect either by eating citrus or drinking some citrus juices, probably because they both contain the same antioxidant linked to stroke prevention.

The study involved thousands of women in the U.S. who took part in an ongoing Nurses' Health Study, but researchers and other experts think the resultant protective benefits apply to men as well, the UK's Daily Mail newspaper reported.

In addition, a research team at Norwich Medical School in the University of East Anglia in Britain studied the effects of flavonoids, a class of antioxidants found in fruits and vegetables, as well as red wine and dark chocolate.

The study put together some 14 years' worth of data, gathered from 69,622 women who reported their eating habits every four years, especially providing details about their consumption of fruits and vegetables. The British research team paid particular attention to six subclasses of flavonoids - flavanones, anthocyanins, flavan-3-ols, flavonoid polymers, flavonols and flavones - in terms of risk involving ischemic, hemorrhagic and total stroke.

The results, which were published in the medical journal Stroke, published by the American Heart Association, showed that the highest levels of flavonones were 45mg per day. That compares with a normal glassful of commercial orange juice, which provides 20-50mg a serving, depending upon the way the juice is stored and processed. In the study, the flavonones came primarily from oranges and orange juice (82 percent) and grapefruit and grapefruit juice (14 percent).

The researchers also added another health tip: If you're getting your flavonones from citrus, it's far better to get it from real fruit rather than processed juices, which typically have high sugar content.

"Flavonoids are thought to provide some of that protection through several mechanisms, including improved blood vessel function and an anti-inflammatory effect," he added.

The current body of research merely builds on previous research which also showed that increased intake of citrus fruit and juice helped reduce the risk of ischemic and intracerebral hemorrhage.

Still another study found that while there was no association between yellow and orange fruits and reducing the risk of stroke, there was a link between white fruits like pears and apples and a lower incidence of stroke.

Finally, one more study found that Swedish women who ate higher concentrations of antioxidants - 50 percent of which came from fruits and vegetables - had lower risks of stroke than those with reduced antioxidant levels.

And while more research is needed to confirm the link between flavonones and lower stroke risk, the data thus far looks promising.

"More research is needed in this area to help us understand the possible reasons why citrus fruits could help to keep your stroke risk down," said Dr. Sharlin Ahmed, Research Liaison Officer at The Stroke Association, told the Daily Mail.

"Everyone can reduce their risk of stroke by eating a healthy balanced diet that is low in saturated fat and salt, exercising regularly and ensuring that your blood pressure is checked and kept under control."