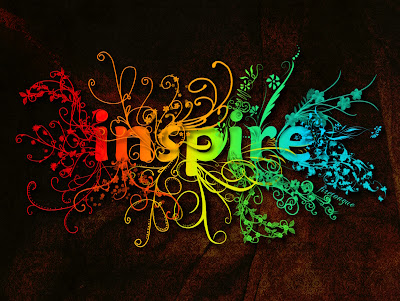 Let me tell you a quick story and the moral I have for it.

I have been coaching girls softball for the last 12 years. This year was going to be my last.

After our final tournament in Iowa two of the team members (Elaina & Beth) asked if I could give them a ride. The ride was 6 1/2 hours and the conversation turned out to be the greatest I have ever had in the 47 years I have been living.


Elaina and I had been talking for about two hours when the discussion of people who have influenced her life came up. I asked Elaina to think hard and tell me who has been truly inspirational in her life of 17 years other than her parents.
She told stories of 4 people who have inspired her and how they did it. The next question I asked that if she ever communicated to them in spoken or written words on how they inspired her life. I told her that it is a great reward to those people if she would tell them.

Beth was sitting in the back seat and we thought she was sleeping. The entire time she had been listening to our conversation. She was crying the entire time but, catching her breath, Beth spoke up and told Elaina how much of a role model she is to her and also shared with Elaina that there are many underclass students that looked at her as a role model.

Then Elaina turned to me with tears running down her cheeks and with a noticeable crack in her voice and said, "Ski, you can't imagine how much you have inspired me in the 3 months I have known you."

I looked at her with tears welling up in my eyes and said "Elaina, thank you, you have no idea what that means to me."

Needless to say, my coaching days are far from over.

On Wednesday of the same week, I called one of my younger sisters who had juvenile diabetes and lost a kidney and a eye. She had a kidney and pancreas transplant and was close to losing a leg and has never complained. She recently went through a divorce and a job change and has been an inspiration in my life. She got her just reward during the call.

I thank God for putting Elaina and Beth in the car with me because they made me realize that I never told my sister that she was an inspiration in my life.

Unfortunately, my parents never got their rewards. I hope that Elaina and all who read this story will pick up a pen or a phone and give a reward to someone who deserves it.

The reward of knowing that you inspired someone can't be measured.