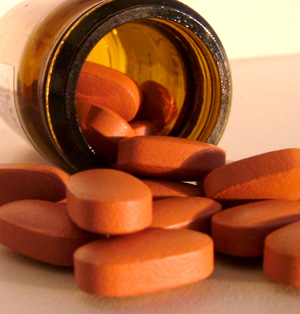 Taking vitamin D while still young may be good for the body in the long run. Results from a study conducted by the University of Zurich have confirmed that sufficient amounts of vitamin D taken consistently are necessary to maintain bone health.

Many people believe that maintaining healthy eating habits is enough, but only few foods naturally contain significant levels of vitamin D. According to Dr. Heike A. Bischoff-Ferrari, a faculty of UZH, in order to get adequate levels of vitamin D through diet alone, two servings of fatty fish like salmon or mackerel would have to be consumed every day. It is thus necessary to increase vitamin D levels in the body through sufficient sun exposure and supplementation in order to use the sunshine vitamin's full potential for maintaining proper body functioning.


This misconception about maintaining D levels through diet does have a degree of ground since vitamin D is not a stand alone vitamin. To perform many functions, vitamin D works in cooperation with other vitamins like magnesium, which can be found in leafy green vegetables such as spinach. This unique characteristic of vitamin D has contributed to the management of many chronic illnesses.

The many faces of vitamin D

Decades ago, health care professionals thought vitamin D was only good for keeping healthy bones and teeth. Recent advances in science, however, have put this vitamin in the spotlight by revealing its multifaceted role in the proper functioning of the human body and its ability to lower the risk of illnesses not formerly associated with it.

Am I vitamin D deficient?

The best way to discover vitamin D deficiency is to take a blood test that will measure the level of the vitamin in your blood. You can either ask your doctor to administer the test or buy a home test kit do the test yourself. However, you are certainly vitamin D deficient if you have any of the following ailments, and you need to consult with your doctor regarding your preventive, as well as curative, options as soon as possible.

3.) Psoriasis - In a study published by the UK PubMed central, it was discovered that synthetic vitamin D analogues were found useful in the treatment of psoriasis.

4.) Chronic kidney disease - According to Holick, patients with advanced chronic kidney diseases (especially those requiring dialysis) are unable to make the active form of vitamin D. These individuals need to take 1,25-dihydroxyvitamin D3 or one of its calcemic analogues to support calcium metabolism, decrease the risk of renal bone disease and regulate parathyroid hormone levels.

5.) Diabetes - A study conducted in Finland was featured in Lancet.com in which 10,366 children were given 2000 international units (IU)/day of vitamin D3 per day during their first day of life. The children were monitored for 31 years and in all of them, the risk of type 1 diabetes was reduced by 80 percent.

6.) Asthma - Vitamin D may reduce the severity of asthma attacks. Research conducted in Japan revealed that asthma attacks in school children were significantly lowered in those subjects taking a daily vitamin D supplement of 1200 IU a day.

7.) Periodontal disease - Those suffering from this chronic gum disease that causes swelling and bleeding gums should consider raising their vitamin D levels to produce defensins and cathelicidin, compounds that contain microbial properties and lower the number of bacteria in the mouth.

9.) Schizophrenia and Depression - These disorders have been linked to vitamin D deficiency. In a study, it was discovered that maintaining sufficient vitamin D among pregnant women and during childhood was necessary to satisfy the vitamin D receptor in the brain integral for brain development and mental function maintenance in later life.

10.) Cancer - Researchers at Georgetown University Medical Center in Washington DC discovered a connection between high vitamin D intake and reduced risk of breast cancer. These findings, presented at the American Association for Cancer Research, revealed that increased doses of the sunshine vitamin were linked to a 75 percent reduction in overall cancer growth and 50 percent reduction in tumor cases among those already having the disease. Of interest was the capacity of vitamin supplementation to help control the development and growth of breast cancer specially estrogen-sensitive breast cancer.

These various health conditions associated with vitamin D deficiency need not be something to fear. A proactive approach to prevention can assist in the avoidance of the many chronic diseases associated with vitamin D deficiency. For one, thousands of dollars can be saved, not to mention the peace of mind, simply at the cost of taking a walk under the sun. Save the umbrellas for the rainy days.