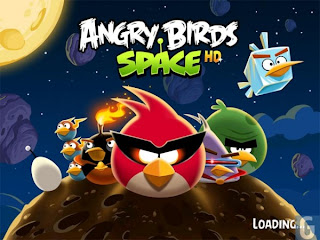 If you spent a significant portion of your weekend hurling birds through space, you aren't alone: On Monday, Rovio tweeted that its new game Angry Birds Space has been downloaded 10 million times in just three days.

"I can't think of another app that has done this well, especially when you consider that they only have a paid version available in the iTunes App Store," said Peter Farago, vice president of marketing at the mobile analytics firm Flurry.  "The closest success story I can think of is OMGPOP's Draw Something, which racked up 20 million total downloads in five weeks."

The company, which has plans to open Angry Birds theme parks in Finland and England and has developed a line of Angry Birds plush toys and apparel, approached the release of its latest game with a marketing gusto usually reserved for major movie and video game releases. It arranged marketing tie-ins from Walmart, NASA, T-Mobile, National Geographic and MTV.

Rovio introduced Angry Birds, its silly catapulting game, in 2009. Before the release of Angry Birds Space, Rovio had seen other iterations of its game downloaded more than 500 million times in three years.

Angry Birds Space is clearly off to a great start, but there were a few hiccups with this latest release.

Although the game generally has been praised by reviewers, conversations on the official Angry Birds Twitter feed indicate that there have been some problems with the game crashing on fourth-generation iPod Touch.

Rovio said it is working on a fix.