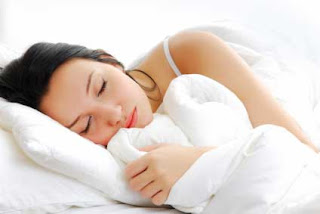 Alzheimer's disease presently ranks as the sixth leading cause of death in the US, as the number of new cases is projected to triple by the year 2050 and affect as many as sixteen million people. The result of a new study presented at the American Academy of Neurology's 64th Annual Meeting has found that the level and duration of quality sleep may later affect memory function and the risk of Alzheimer's disease in later life.

The lead study author, Dr. Yo-El Ju from the Washington University School of Medicine in St. Louis noted "Disrupted sleep appears to be associated with the build-up of amyloid plaques, a hallmark marker of Alzheimer's disease, in the brains of people without memory problems". In an effort to determine the link between poor sleep habits and cognitive decline, researchers tested the sleep patterns of 100 people between the ages of 45 and 80 who were free of dementia.

Half of the participants tested had a family history of Alzheimer's disease, while a second control group had no familial history of the disease. A special device used to measure sleep patterns was placed on all participants for a period of two weeks to assess quality and depth of sleep time. Additionally, sleep diaries and questionnaires were employed to further analyze sleep cycles.

The study found that 25% of the subjects tested showed signs of amyloid plaques, a consistent marker of Alzheimer's disease progression. Although the participant's averaged 8 hours of sleep each night, this was reduced to 6.5 hours due to sleep disruptions during the night that affected the total sleep time and quality of deep sleep required by the brain to perform repair functions.

Those who did not wake up frequently during the night were 5 times less likely to possess the amyloid plaque build-up compared to those who slept poorly or less than 7 total hours. Participants who did not sleep well were significantly more likely to exhibit the amyloid markers associated with cognitive decline resulting in Alzheimer's disease.

Although this study did not provide a direct reason for the finding, scientists believe that the amyloid protein clumps and tangles that occur as a normal process of metabolism in the brain are only cleared during quality sleep time and duration of 7 to 9 hours each night. In addition to the myriad of lifestyle and dietary patterns presently known to help prevent most chronic diseases such as Alzheimer's, a good night's sleep in a totally dark room with no interruptions should now be added to the top of the risk reduction list.


About the author:
John Phillip is a Health Researcher and Author who writes regularly on the cutting edge use of diet, lifestyle modifications and targeted supplementation to enhance and improve the quality and length of life. John is the author of 'Your Healthy Weight Loss Plan', a comprehensive EBook explaining how to use Diet, Exercise, Mind and Targeted Supplementation to achieve your weight loss goal. Visit My Optimal Health Resource to continue reading the latest health news updates, and to download your Free 48 page copy of 'Your Healthy Weight Loss Plan'.