SOCIAL MEDIA IS MORE ADDICTIVE THAN ALCOHOL AND CIGARETTES 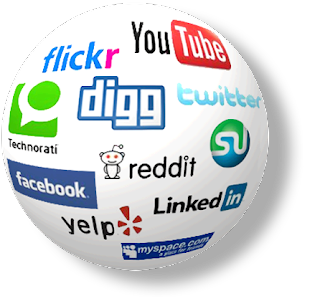 Do you consistently decline getting involved with Facebook, Twitter, or any other other social network scheme? Don't let others make you feel guilty. You may be relieved to know you've made the right decision about refusing more social obligations than are worth handling.

A new study has discovered that social networking or checking social email is more addictive than alcohol and cigarettes. Hard to believe, but that's what was reported. All this "checking out what others are doing no matter how trivial" is a time waster in the long run. But it is cheaper than booze and cigarettes and not as harmful.

How the study was conducted

The study was conducted by Chicago University's Booth Business School. Ironically, Wihelm Hofmann and the Chicago research team used BlackBerry devices for checking in frequently with the 205 people participating in Wurtzburg, Germany. The participants' ages ranged widely, from 18 to 85.

They were asked seven times each day for a week what their impulses or desires were at the time and how strong they were. Smoking and drinking didn't rank high at all. Taking leisure time and rest or sleep came in first. But coming in second was the urge to check in on social media, which includes Facebook, Twitter, and plain social emailing.

This social media urge is less damaging or threatening in the long term than many other vices. But it can be a time waster, for sure. That is unless there are business, professional, educational, or intellectual pursuits involved.

There are other social network concerns beyond addiction

But even among the latter more serious pursuits, there is another reason for concerns about using Facebook or Twitter. Socially, watch what you say even if you're kidding around in regards to politically charged topics.

A young British couple was detained and questioned for 12 hours upon arriving in Los Angeles at LAX on suspicions of arriving with criminal intentions. Those suspicions were based on two tweets from Leigh Van Bryan. One of them was "free this week, for quick gossip/prep before I go and destroy America?"

It turned out there was confusion over the use of the British slang "destroy," used to indicate excessive partying or "trashing" a place. This was not a prolonged email or series of emails. Simply one tweet on Twitter. So how did the TSA know?

Homeland Security or the CIA had to have caught that tweeted phrase as part of monitoring what everyone is up to, who they are, and where they're going. It has been rumored that intelligence agencies are using social networks as an inexpensive, convenient technique for tracking many 24/7.

It's not necessary to read everything for every email or tweet sent on the Internet by everyone on the planet. Intel agencies have software to identify certain keywords or phrases. Then it's a snap to zoom in on the profile, especially with Facebook, or IP address of whoever sent out those words or phrases.

Thanks to London's Daily Mail for publicizing this LAX event -- those conspiracy theory rumors were confirmed as real.