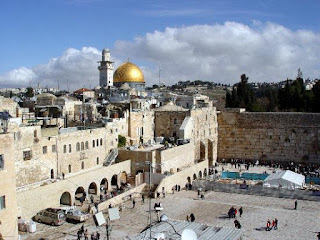 I commented long ago in The Spine about the courtship between fundamentalist Christianity and Israel.

One of the early signs that it was meshing was the meeting between [Israeli Prime Minister Menahem] Begin and the president of the Southern Baptist Convention, Bailey Smith, who had said that God doesn’t hear the prayers of a Jew. That’s a big theological rift already. But Begin tried to finesse the history. When questioned, he said, “Look, about religious truth, we’ll wait and see.  When the Messiah comes, we’ll ask him, ‘Is this your first visit or your second?’ He’ll surely be honest with us.”


Protestantism and both spiritual and temporal Zionism have long been intertwined. In America, it began with the Plymouth Brethren before the settlement of the Massachusetts Bay Colony (do you recall the 1981 film Chariots of Fire, a 20th century Scottish evocation of the group?), and it has progressed basically for nearly four centuries from the Mathers, father and son, through Reinhold Niebuhr, who nonetheless worried for the Arabs of Palestine being left behind in history, a salient worry. (But don’t limit your worry to the Palestinians; the other Arabs have had a worse history and will have a worse future.) On the topic of the Jewish restoration, you can read Michael Oren’s masterful Power, Faith and Fantasy: America in the Middle East, 1776 to the Present for a gripping and textured history. Also, for Britain, Gertrude Himmelfarb’s The People of the Book: Philosemitism in England from Cromwell to Churchill. And, if you can’t get enough of this topic, see also Michael Polowetzky, Jerusalem Recovered: Victorian Intellectuals and the Birth of Modern Zionism. Still, maybe enough is enough: OK, if it is, forget about the books and just read below.

The truth is that even historians of American Christianity have mostly omitted the Church of Jesus Christ of Latter Day Saints from their texts, except that one of the first and most distinguished psychobiographers, Fawn Brodie, did a book (which I read long ago) on Joseph Smith, the founder of Mormonism, and wrote other volumes on Sir Richard Burton (no, not the actor, also a “sir”), Thomas Jefferson, and Richard Nixon (!). The unbelievably learned Harold Bloom, who writes about almost everything, wrote also on Smith. I was not lured or allured and nobody made me feel bad about missing it.

In any case, the Mormons are no ordinary Christian faith. And their faith is certainly different from all of the other Christian denominations, in the first place because their basic narrative occurs in America and not in the Land of Israel. But their American narrative is a narrative of a long wandering to a holy land. If you have ever seen what the Mormon elders and their flock saw in their trek -- the journey over the mountains onto a desert plain where there is a sea of salt -- you can imagine how vividly Utah must have felt first like Moab and then like Canaan. Please don’t ridicule this journey. After all, there were many not less preposterous voyages, like the 40 years in the Sinai and the baby Jesus’s journey into Egypt and Mohammed’s trip on his winged Horse Al-Buraq, right from where the world was founded and where Isaac was almost put to sacrifice all the way back to Mecca. And how about contemporary weirdities of American Christianity, like the president’s former church?

Given the strangeness of what one has to believe to be faithful even to the most mainstream creeds, it’s odd that so many people think Mormonism especially peculiar. So, yes, “we received the Torah at Sinai … Our whole imagined people / stood at Mount Sinai / and received the Torah. / The dead, the living, the unborn, / every soul among us answered: / we will obey and hear.” Or so wrote the Yiddish poet Jacob Glatstein. And what about the magnificat in its various versions! Please don’t tell me that L.D.S. is more outlandish than other faiths. I’ve had many Mormon students over the years, more traditional in some ways: in their politesse, in their personal honesty, in their discipline with work, in their commitment to doing good. It was no surprise to me that the only sane candidates for the Republican nomination were Jon Huntsman and the front-runner, Mitt Romney, both Mormons.

And what is more American than the Mormon Tabernacle Choir?

Mormons are also cliquish and clannish. But so are Jews. Which religion is not? Maybe the Unitarians who believe that there is at most one God so that if you or I have a different God it doesn’t matter much to them. Decades ago, I attended the funeral of a neighbor, Adelaide Hooker Marquand, at First Church in Cambridge-Unitarian. The Reverend John Helverson gave the eulogy and said—I kid you not—“…and if perchance there is an afterlife I commit the soul of Adelaide … to your care.” Would the minister have capitalized the “y” in “your”?

As it happens, there is an important place for the Jews in Mormon theology. I found this out years ago when, walking down the Mount of Olives in Jerusalem, I happened on a tenderly cared-for plot of land called “Orson Hyde Park.” Hyde was one of the elders of the church, who in the 1840s had gone on a mission to the Holy City. Jews were not only a plurality of the sacred place; they were a majority. (So much for how much Muslims cared for the town back then! Islam cares for Jerusalem only when Christians and Jews are its governors.) Hyde had a vision that emerged from the arrival of increasing numbers of the People of the Book in Zion, that is, in Jerusalem. He prophesied that this was the beginning of the Jewish return. My memory tells me that right there in the park commemorating his long visit was a letter to Joseph Smith envisioning a Jewish commonwealth a hundred years later, just about in 1948, which would make his prediction a revelation. Alas, I can no longer find (a copy of) his text in this epistolary garden. But there is plenty of evidence, real hard evidence that, aside from the dating to 1848-1948, his was a mystical intuition that turned out right, an inspiration if not exactly a miracle.

On the slopes of Mount Scopus, next to the Hebrew University of Jerusalem and adjacent to the Mount of Olives where stands a Jewish cemetery that goes back more than two millennia, is a campus of Brigham Young University, dazzling in its architecture and commanding of the surrounding beauty. The university is emblematic of Mormon cohesion with the Jews. Now, some of the Jewish ultra-orthodox have their problems with the Mormons but no more than they have with other Christians. Yet these ultra-orthodox are an ugly stain on Jewry and on Israel. I believe they are nearing their comeuppance, not because of their attitude to any particular Christians but because of their refusal to abide by the civil laws of the civil state.

There is one aspect of Mormonism that rightly agitates Jews, and it is the habit of converting dead Jews to the Church of Latter Day Saints. In L.D.S. theology, there are all kinds of assumptions about cognizant souls in dead bodies. And it’s my impression that Mormons have been saving the souls of many people for many decades. Now, of course, if you don’t believe in church doctrine you also don’t believe that it can save souls at all. But there is real offense to Mormons scouring lists of the dead only to enlist them in their own process of salvation. And, in a way, especially—given their solidarity with Jews—the souls of Jews who are dead. As it happens, it’s not just dead Jews whom they convert. It’s the souls of dead Jews who were murdered in the Holocaust. Frankly, that is nothing less than ghoulish. The church has apparently given up the practice of proselytizing some dead. Is it just Jews? Or just Jews who perished in the great catastrophe of their people? It turned out that recently the father and grandfather of Elie Wiesel, heroic literary figure of the disaster, were added to a genealogical database as candidates for proxy baptism. And the parents of Simon Wiesenthal, another heroic post-Holocaust figure, were actually baptized. This cannot be accidental. The church has to deal with its fanatics. Mr. Romney can be relied upon for real solidarity with Israel. How strange that he must also be relied upon to protect Jewry’s dead from the salvationist impulses of his church.

Martin Peretz is the editor-in-chief emeritus of The New Republic.
--------
http://www.tnr.com/print/article/politics/100909/mormons-jews-mormonism-judaism-israel-posthumous-baptism
http://media-cdn.tripadvisor.com/media/photo-s/00/18/44/87/jerusalem.jpg
Posted by pratanacoffeetalk at 6:09 AM