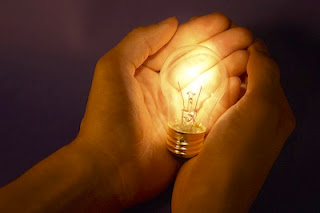 Bronwyn Fryer has a sneakily important post at the Harvard Business Review blog. It's about how completely essentially it is for business to have what she calls "idea fusers" — people who can practice synthetic thinking, figuring out how to stick seemingly disparate pieces of production, data, insight, strategy — whatever — together to yield breakout results. I have my own term for this: "free range thinking."

When I was in grad school, we commonly called this approach "dialectical," echoing the Marxist view that history was a process of two opposing ideas conflicting — or ideas developing internal conflicts — until they produced a third option. Thesis, antithesis, synthesis. The concept was actually adapted from Hegel, the study of which was to Marx what rocket science is to lawn mower repair (sorry, Karl).

And of course, that was the problem. The Marxist dialectic has its place on the fringes of business and economic thinking — not all businesspeople and economists are raging free-marketers. But if you bring this kind of thing into the board room, you're greeted by blank, if not baffled and borderline hostile, stares.

For the most part, American business is governed by an engineering ethos. This is a good thing, because it makes our business leaders very practical. But it's also a bad thing because it restricts the emergence of more breakout visionaries, like Steve Jobs, who was basically a hippie esthete with an idealistic streak and an affection for if not obsession with money.

I grew up around engineers, but in the 1960s and 1970s, they at least understood the role of non-linear thinking and a prototypical version of "idea fusing" in what they did. In a phrase, they were productively insecure about relying on a background that was heavy on math and process thinking, but light on seemingly random contemplation. They had liberal-arts anxiety.

As the economy as become more reliant on idea fusing, it has unfortunately pushed the potential idea fusers out of business. Liberal-arts anxiety? Dead or dying. Here's Fryer:

Our society values specialists. If you want to get anywhere, young people are told, you have to zero in on a rarified area of study like, say, stochastic process analysis or bromhidrosis and become really, really good at it. The best-paid people in the world, after all, are experts who know more than anyone else about their elected field of study. Unfortunately, when highly focused professional practitioners put fences around their fields of expertise, they spend most of their time one-upping each other, and they certainly don't spend much of it collaborating with people who aren't like them. That kind of thing may produce deeper bore-holes, but it seldom produces works of genius.

Meanwhile, the past 30 or so years has seen a huge decline in liberal arts and humanities education. Liberal-arts schools are struggling, and people with such degrees are devalued in the marketplace; those who might want to major in English or Philosophy are told by parents and guidance counselors they will never get decent-paying jobs (and for the most part, the parents and counselors are right). The devaluation of generalists has produced lots and lots of business majors who may know how to put together a spreadsheet but who can't think broadly enough to put unlike ideas together.

Until you've watched someone who can truly fly a spread sheet like a fighter plane, you don't know how valuable this type of specialization is. Complex higher math is even more dazzling. Specialization has its role.

But it's also essential to have people in business who can shift from being and expert to being a generalists. We used to call these people "leaders." Now we call them, at an extreme, "unemployed."

I'm not going to advocate a wholesale restoration of humanities education to the preparation of businesspeople. That would be borderline dangerous. As my father, a metallurgical engineer, once pointed out, as much as technical people might believe they should be more well-rounded, they had limited time in college to get good at engineering. And you didn't want engineers who weren't fully competent at their core skills building bridges or designing satellites.

Nor do you want businesspeople wandering around with their heads in the cloud when coherent management and good decisionmaking helps their employees pay the mortgage and send their kids of college.

However, a little idea fusing might be in order here. Putting process- and non-process thinkers together to tackle business problems could spur innovation. But you'd need a third type of professional involved, someone I call a "facilitator." Fryer alludes to consulting firms that provide this sort of thing (in the tech startup world, there are incubators like Pasadena's Idealab, pictured above, that serve this function). But I'm thinking about an actual employee or team of employees devoted to running meetings, managing creative sessions, translating, documenting, following up, coaching — a preventing the damaging "one-upping" that Fryer says is an inevitable consequence of becoming a technocratic specialist with territory to defend.

Philosophers in the boardroom? Why not? Innovation demands it.