HOUSTON GREW UP AND SANG AT NEW HOPE BAPTIST CHURCH 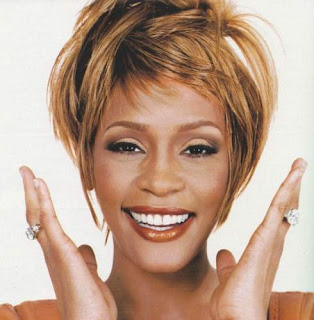 At the New Jersey church where her singing career first took flight, fans and admirers gathered on Sunday to celebrate the life of Whitney Houston and mourn her passing a day after the pop music diva died in a Beverly Hills hotel.

Cards and flowers were tied to the railings of the New Hope Baptist Church, and congregants hugged and cried at the entrance. Among those paying their respects was the Reverend Jesse Jackson, the civil rights activist.

"The suddenness of it all leaves us traumatized," said Jackson, who watched Houston grow up and sing at New Hope. It was in that red brick church on a quiet backstreet near downtown Newark where Houston's career began as a soloist in a gospel choir in the 1970s.

"We must lean on our faith. Our hearts are heavy today," Jackson said.

Houston, whose soaring voice lifted her to the top of the pop music world, but whose personal decline was fueled by years of drug abuse, died on Saturday afternoon in a Beverly Hills hotel room. She was 48.

Houston's only child, daughter Bobbi Kristina Brown, 18, who was suffering from anxiety, was taken on Sunday morning from the hotel by paramedics to Cedars-Sinai Medical Center, Beverly Hills police and fire officials said.

A fire department spokeswoman declined to disclose any information about the daughter's medical condition but said she was "awake and talking" at the time she was transported.

Houston's family expressed their grief in a brief statement issued on Sunday.

"We are devastated by the loss of our beloved Whitney. This is an unimaginable tragedy and we will miss her terribly," it said. "We appreciate the outpouring of love and support from her fans and friends."

In a separate statement issued through People magazine, Houston's former husband, R&B singer Bobby Brown, with whom she had shared a long struggle with substance abuse, said, "I am deeply saddened at the passing of my ex-wife, Whitney Houston."

Brown, who is Bobbi Kristina's father, was described by an unnamed relative as "beside himself" with grief, according to the magazine.

On the West Coast, the First AME Church of Los Angeles, the city's oldest African-American congregation, held a special moment of silence in Houston's memory.

"Many of us were rooting and pulling for her because she has been a blessing to this generation with talent, with a special anointed voice," Pastor John Hunter told parishioners. "We will miss her. This world will miss her."

Several cards left at the church in Newark extolled Houston's roots in that city, where she was born in 1963. One read: "Newark loves you and will always love you."

"We are all heartbroken," said Jacqueline Kimble, 45, who remembered Houston from her days at the church. "She was our jewel. This is a sad day for Newark and the whole world."

Up to 200 people attended the Newark church's three scheduled services, portions of which were devoted to Houston and her family.

"We prayed for the family, " said Denise Dean, 57, who said he once heard Houston sing at the church and still has her faded autograph on an old checkbook.

Houston died on the eve of the Grammy Awards in Los Angeles at the same hotel where her mentor, record mogul Clive Davis, was holding a pre-event party with music industry celebrities.

Beverly Hills police said they were called to the hotel where Houston's body was found in a fourth floor room. Police said there were no obvious signs of criminal intent.

Los Angeles County coroners removed Houston's body after midnight through a back door to avoid the crush of media set up to cover her death.

Typically, coroners conduct an autopsy within a day or two, at which point they might release some preliminary information about the death. If drugs or alcohol are involved, however, an official cause of death would not be released until after toxicology tests, which could take six to eight weeks.

Houston's death is expected to be a central focus of Sunday night's Grammys, and Jennifer Hudson is scheduled to sing a tribute during the program.

Houston's songs were already dominating Internet music sales early on Sunday. Her album "Whitney Houston - The Greatest Hits" was the top seller in the music category on Amazon.com and her signature hit, "I Will Always Love You," was the No. 1 download at iTunes.

Over the course of a 30-year career in which she established herself as one of the most-admired and influential singers of her time, Houston won six Grammys, 30 Billboard awards and 22 American Music Awards.

The soundtrack for the hit movie in which she starred, "The Bodyguard," was among the best-selling film soundtracks ever. 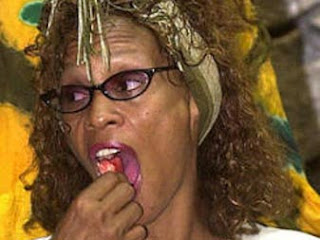 By the early 1990s, Houston's success on stage was accompanied by an increasingly troubled personal life. In 1992 she married singer Bobby Brown and their tumultuous 14 years together were marred by drug abuse and domestic violence.

The last 10 years of Houston's life were dominated by drug use, rumors of relapses and trips to rehab.