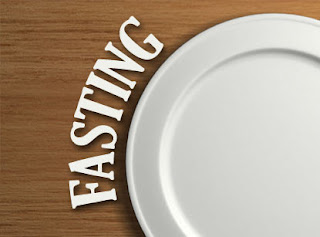 Man may not live by bread alone, but cancer in animals appears less resilient, judging by a study that found chemotherapy drugs work better when combined with cycles of short, severe fasting.

Even fasting on its own effectively treated a majority of cancers tested in animals, including cancers from human cells.

The study in Science Translational Medicine, part of the Science family of journals, found that five out of eight cancer types in mice responded to fasting alone: Just as with chemotherapy, fasting slowed the growth and spread of tumors.

And without exception, "the combination of fasting cycles plus chemotherapy was either more or much more effective than chemo alone," said senior author Valter Longo, professor of gerontology and biological sciences at the University of Southern California.

No mice survived in either case if treated only with chemotherapy.

Only a clinical trial lasting several years can demonstrate whether humans would benefit from the same treatment, Longo cautioned.

Results from the first phase of a clinical trial with breast, urinary tract and ovarian cancer patients, conducted at the USC Norris Comprehensive Cancer Center and led by oncologists Tanya Dorff and David Quinn, in collaboration with Longo, have been submitted for presentation at the annual meeting of the American Society of Cancer Oncologists.

The first phase tests only the safety of a therapy, in this case whether patients can tolerate short-term fasts of two days before and one day after chemotherapy.

"We don't know whether in humans it's effective," Longo said of fasting as a cancer therapy. "It should be off limits to patients, but a patient should be able to go to their oncologist and say, 'What about fasting with chemotherapy or without if chemotherapy was not recommended or considered?"

In a case report study with self-reported data published in the journal Aging in 2010, 10 cancer patients who tried fasting cycles perceived fewer side effects from chemotherapy.

Longo stressed that fasting may not be safe for everyone. The clinical trial did not enroll patients who already had lost more than 10 percent of their normal weight or who had other risk factors, such as diabetes. Fasting also can cause a drop in blood pressure and headaches, which could make driving and other activities dangerous for some patients.

Fasting also extended survival in mice bearing a human ovarian cancer. In the case of melanoma, the cancer cells became resistant to fasting alone after a single round, but the single cycle of fasting was as effective as chemotherapy in reducing the spread of cancer to other organs.

For all cancers tested, fasting combined with chemotherapy improved survival, slowed tumor growth and/or limited the spread of tumors.

As with any potential cancer treatment, fasting has its limits. The growth of large tumor masses was reduced by multiple fasting and chemotherapy cycles, but cancer-free survival could not be achieved. Longo speculated that cells inside a large tumor may be protected in some way or that the variety of mutations in a large mass may make it more adaptable.

But he noted that in most patients, oncologists have at least one chance to attack the cancer before it grows too large.

Longo and collaborators at the National Institute on Aging studied one type of breast cancer in detail to try to understand the effects of fasting.

While normal cells deprived of nutrients enter a dormant state similar to hibernation, the researchers saw that the cancer cells tried to make new proteins and took other steps to keep growing and dividing.

The result, Longo said, was a "cascade of events" that led to the creation of damaging free radical molecules, which broke down the cancer cells' own DNA and caused their destruction.

"The cell is, in fact, committing cellular suicide. What we're seeing is that the cancer cell tries to compensate for the lack of all these things missing in the blood after fasting. It may be trying to replace them, but it can't," Longo said.

The new study bookends research published in Proceedings of the National Academy of Sciences in 2008.

In that study, Longo's team showed that fasting protected normal cells against chemotherapy, but did not address the effect on cancer cells. The study also focused only on a single cancer and chemotherapy drug.

The new study on a range of cancers and common chemotherapy drugs extends the 2008 results by showing that fasting not only fails to protect cancer cells, but makes them more vulnerable.

Longo called the effect "Differential Stress Sensitization" to reflect the change in vulnerability between normal and cancerous cells.

Longo's interest in fasting and cancer grew from years of studies on the beneficial effects of fasting in yeast and other organisms. He showed 15 years ago that starved yeast cells enter a stress-resistant mode as they wait for better times.

By contrast, he said, the mutations in cancer cells come at a cost, such as a loss in adaptability to diverse environments. For example, Longo found that yeast genetically modified to resemble cancer cells become much more sensitive to several toxins.

"A way to beat cancer cells may not be to try to find drugs that kill them specifically but to confuse them by generating extreme environments, such as fasting that only normal cells can quickly respond to," Longo said.


Longo's collaborators were lead authors Changhan Lee, a graduate student in Longo's laboratory at the USC Davis School of Gerontology, and Lizzia Raffaghello, a researcher at the Giannina Gaslini Institute of Genoa, Italy. Other co-authors were Min Wei, research assistant professor in gerontology at USC; Sebastian Brandhorst, Fernando Safdie, Saewon Hwang and Annalisa Merlino, researchers in the Longo lab; Giovanna Bianchi, Laura Emionite and Vito Pistoia of the Giannina Gaslini Institute; and Alejandro Martin-Montalvo and Rafael de Cabo of the National Institute on Aging.