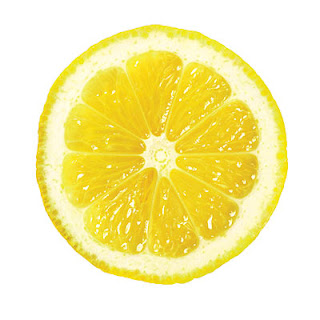 Acid reflux is the condition where food and stomach acids regurgitate back into the esophagus, causing burning pain in the lower chest accompanied by a host of other symptoms such as bloating, belching, sore throats, snoring, difficulty breathing and ulcers.

The early stages of digestion occur with the release of hydrochloric acid in the stomach to break down foods. Later during the digestive process, bicarbonate is released by the pancreas to help neutralize those acids. In some instances, this process doesn't happen, contributing to painful reflux or GERD symptoms. Eating certain alkaline-forming foods can help reduce over-acidity and
calm the stomach, relieving pain and other unwanted symptoms. In addition, foods that contribute to an alkaline-forming state in the system help prevent acidosis, a serious bodily condition that sets the stage for all disease.

Foods with high levels of potassium may help prevent or resolve acid reflux. The list is considerable and many are foods you may already include in a daily dietary plan. Bananas, honey, lemons, apple cider vinegar, cantaloupe and sweet potatoes - to name a few - are excellent sources of potassium.

Apple cider vinegar (ACV) in particular is touted by many people as an effective cure for acid reflux. If using ACV, it is best to mix one to two tablespoons with an eight-ounce glass of water and drink it all at once. If that's too much vinegar, reduce the amount and work back up to the full quantity. Always use organic vinegar with "the mother" visible in the jar; it looks like a swirling cloud and indicates the vinegar is organic.

Lemon juice makes a slightly milder drink than does the ACV and works in a similar manner, to neutralize stomach acids and reduce heartburn and acid reflux. Squeeze the juice of one half lemon into eight ounces of filtered water and drink it at once. It's even more effective if the water is warm, but avoid warming it in a microwave oven.

Certain ancient grains, or tiny grains, are alkaline-forming and high in potassium, making them a good bet to include in a diet that targets acid reflux. Tiny grains - consisting of millet, quinoa and amaranth - make good replacements for processed, white flour products that have been stripped of their nutrients and fiber. Tiny grains are also an excellent replacement for people who have problems with gluten, because all three are gluten free, nutty and delicious.

Although not considered a food in its own right, baking soda is one of the primary ingredients that can help relieve the burning pains of acid reflux - fast. Baking soda is extremely alkaline and can not only neutralize stomach acids quickly, but will alkalize the entire system, reducing acidosis systemicly. Mix 1/2 teaspoon of baking soda in an 8-ounce glass of water and drink immediately. Because it is high in salt, baking soda can raise your blood pressure. If you take medicines for hypertension, speak to your health care professional before using baking soda for acid reflux.

The majority of raw vegetables and fruits are alkaline and easy to digest. Cooking these foods lowers their alkalinity, making them somewhat more acidic. Raw fruits and vegetables contain lots of enzymes to assist digestion. Choose the freshest, blemish-free items. The sweeter the fruit, the more alkaline it becomes - in other words, ripened bananas are better for your digestive tract than those that are still yellow or even green.


About the author
JB Bardot is trained in herbal medicine and homeopathy, and has a post graduate degree in holistic nutrition. Bardot cares for both people and animals, using alternative approaches to health care and lifestyle.
----------------
http://www.naturalnews.com/034947_acid_reflux_GERD_foods.html
http://img4.cookinglight.com/i/2010/03/1003p48-lemon-slice-l.jpg?400:400
Posted by pratanacoffeetalk at 8:12 AM