12 THINGS YOU SHOULD KNOW ABOUT "I WILL ALWAYS LOVE YOU" 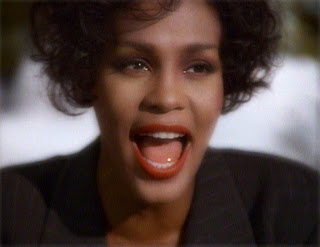 You probably already knew that Whitney Houston's recording of "I Will Love You" is one of the biggest singles of the last 25 years... and the song that defined her legacy, as proven by its use as the lone ballad of homage to Houston at Sunday night's Grammys. Maybe you even know that a not-so-behind-the-scenes songsmith named Dolly Parton wrote and first recorded it, almost 20 years before Whitney spent a then-record 14 weeks at the top of the singles chart in 1992-93 with what turned out to be her signature song.

But did you know that Kevin Costner is the one who found the song for Houston? That a cash dispute scotched an Elvis Presley recording of the tune? Or that Saddam Hussein was also a huge fan? Here are a dozen lesser-known facts about the power ballad that America and the world will always love: 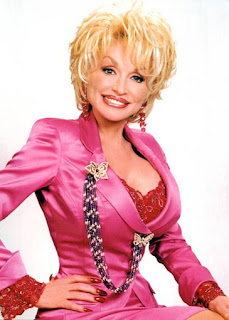 Dolly Parton wrote it about a professional breakup, not a personal one.
When Parton wrote it in 1973, it was as a farewell to her mentor, producer, and longtime duet partner, Porter Wagoner, with whom she never had a romantic relationship. Wagoner was reluctant to have her go solo, to say the least. "It's saying, 'Just because I'm going don't mean I won't love you. I appreciate you and I hope you do great and I appreciate everything you've done, but I'm out of here,'" Parton told CMT. "And I took it in the next morning. I said, 'Sit down, Porter. I've written this song, and I want you to hear it.'... And he was crying. He said, 'That's the prettiest song I ever heard. And you can go, providing I get to produce that record.' And he did." She even sang it on one of her last appearances on Wagoner's TV show in 1974.

Kevin Costner effectively usurped the role of music supervisor on "The Bodyguard," forcing it into the movie when another intended song didn't work out. 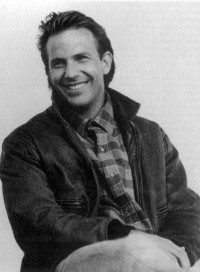 The big finale of "The Bodyguard" was supposed to be a cover of "What Becomes of the Broken-Hearted." But when Costner found out that was being used in "Fried Green Tomatoes," he had to go back to the musical drawing board. That's when he came up with the Parton tune, which had previously only been associated with country-rock. It was also Costner's idea to begin Houston's version of the song a cappella. "I thought using no music at the beginning was a stupid idea," producer David Foster admitted to ABC News. But Costner insisted, and Foster said he was never so glad to be proven wrong.

Clive Davis didn't think the song would work for Whitney... at first.
According to Costner, the reaction was less than unanimously enthusiastic when he told execs at Arista Records what the movie's big closing ballad would be. "When I said to Whitney, 'You're gonna sing "I Will Always Love You,"' the ground shook," Costner said. "Clive Davis and those guys were going, 'What?!'

It was Linda Ronstadt's cover version that was really responsible for Whitney Houston's cover.
Ronstadt was the first major artist to cover the song, in 1975, bringing it to rock audiences a year after Parton had a hit with it. Some music fans still consider Ronstadt's version the loveliest. Costner certainly had a fondness for it: It was Linda's recording he knew and was a fan of, and her version that he took to Houston and Foster. 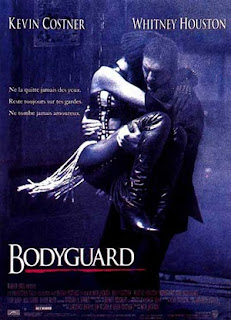 There was yet another version of the song in "The Bodyguard," that was even also released as a single... by a punk-rock singer!
The song is first heard in the film in the background when Costner and Houston enter a bar. That version was by John Doe, singer for the L.A. punk band X and a frequent film actor in his own right. Funnily enough, though Doe also frequently works in the country idiom, his version was neither punk nor country but straight-ahead pop. The John Doe recording wasn't included on the blockbuster soundtrack album, but it was briefly released commercially... as a cassette single!

Houston recorded two different versions of the song — one for the movie, one for the soundtrack album.
Not everyone realizes that separate renditions of the tune were sung by Houston on celluloid and wax. Some Houston fans continue to insist the actual movie version, which was never released on CD, is superior.

"The Bodyguard" wasn't the first time the song had been a smash movie theme.
Six years after she'd first had a country hit with the song in '74, Parton re-recorded it to add some seriousness to the otherwise levity-filled score of The Best Little Whorehouse in Texas, the 1982 movie musical she starred in with Burt Reynolds.

Not only did Dolly Parton hit No. 1 with it, she did it twice, with separate recordings in separate decades.
The Best Little Whorehouse version also hit No. 1 on the country chart, like her earlier rendition — the first and still only time that's ever happened. (Parton recorded it in a third decade, too, in the '90s, as a duet with Vince Gill... but that third Parton version only reached the top 10.) 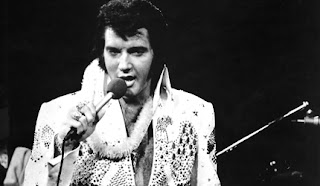 Elvis Presley was going to record it, but the deal was nixed over Colonel Parker's insistence on taking half of Parton's publishing.
Parton thought it was a dream come true when Presley decided to cut the song, and she was even slated to visit him in the studio when he did. Then she was informed that Elvis wouldn't be recording it unless he got half the publishing royalties — a mercenary custom instigated by manager Colonel Tom Parker that, sadly, kept Presley from getting to record a lot of great material later in his career. Parton refused the deal, which was heartbreaking at the time but ultimately served her well. "'I think stories like that are the reason why younger female artists say I've influenced them," she said. 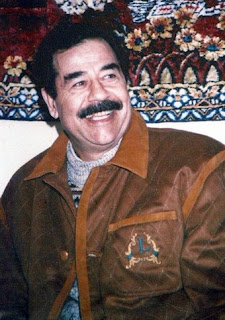 "I Will Always Love You" was Saddam Hussein's re-election theme song!
In 2002, the Iraqi leader held a bogus "referendum" on his leadership, blitzing election broadcasts on the airwaves of the nation's three government-controlled TV stations with "I Will Always Love You." Sadly, neither Houston nor Parton nor Ronstadt got the honor of helping Saddam keep his stranglehold on power. He used an Arabic version by Syrian star Mayyada Bselees. Like a lot of Americans before him, the soon-to-be-forcibly deposed leader didn't seem to get that "I Will Always Love You" is a breakup song.

Parton serenaded the intended recipient of the song, Porter Wagoner, with an in-person rendition, decades later, not long before he died.
At a salute to Wagoner celebrating his 50th anniversary on the Grand Ole Opry in April 2007, Parton came out to sing the song to the honoree. "It was the most emotional night that I've ever spent at the Opry in my whole life," Wagoner told me at the time. "And Dolly of course sang that song 'I Will Always Love You,' and they had me sitting on a stool, and she just came out and wiped some of the tears away... She meant it for me, and wrote it for me, she said. That's a wonderful thing that she stood there and sang it for the whole world to see. And the evening was unbelievable." He died in October of that year.

Houston is about to have a top 10 hit with it again, 20 years later.
Perhaps needless to say, Houston's single has been No. 1 on iTunes almost from the moment word got out about her death. It's a shoo-in to re-enter the Billboard Hot 100 in the top 10, with a shot at recapturing its chart-topping status.