WHY COFFEE MAY REDUCE DIABETES RISK 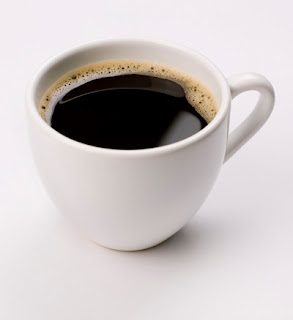 Coffee drinking has been linked with a reduced risk of diabetes, and now Chinese researchers think they may know why.

Three compounds found in coffee seem to block the toxic accumulation of a protein linked with an increased risk of type 2 diabetes.

''We found three major coffee compounds can reverse this toxic process and may explain why coffee drinking is associated with a lower risk of type 2 diabetes," says researcher Kun Huang, PhD, a professor of biological pharmacy at the Huazhong University of Science & Technology.

Previous studies have found that people who drink four or more cups of coffee a day have a 50% lower risk of getting type 2 diabetes.

The new study is published in the Journal of Agricultural and Food Chemistry.

Explaining Why It May Work

Type 2 diabetes is the most common type. In those who have it, the body does not have enough insulin or the cells ignore the insulin. The hormone insulin, made by the pancreas, is crucial to move glucose to the cells for energy.

Other researchers have linked the ''misfolding'' of a protein called hIAPP (human islet amyloid polypeptide) with an increased risk of diabetes. HIAPP is similar to the amyloid protein implicated in Alzheimer's disease, Huang says.  When these HIAPP deposits accumulate, they can lead to the death of cells in the pancreas, Huang tells WebMD.

The Chinese researchers looked at three major active compounds in coffee and their effect on stopping the toxic accumulation of the protein:
"We exposed hIAPP to coffee extracts, and found caffeine, caffeic acid, and chlorogenic acid all inhibited the formation of toxic hIAPP amyloid and protected the pancreatic cells," Huang tells WebMD.

All three had an effect. However, caffeic acid was best. Caffeine was the least good of the three.

Those results suggest decaf coffee works, too, to reduce risk, Huang says. "In decaffeinated coffee, the percentage contents of caffeic acid and chlorogenic acid are even higher [than in regular coffee], whereas the level of caffeine is greatly reduced."

"We expect that decaffeinated coffee has at least equal or even higher beneficial effect compared to the regular caffeinated types," Huang says.

In patients who already have diabetes, he says, several studies suggest decaf is better for them than regular coffee.

The National Basic Research Program of China, the Natural Science Foundation of China, and other non-industry sources funded the research.

Explaining the reduced risk of type 2 diabetes among coffee drinkers is an ongoing effort, according to Vivian Fonseca, MD, president for medicine and science for the American Diabetes Association. He is a professor of medicine at Tulane University, New Orleans.

He reviewed the study findings for WebMD. There are many possible mechanisms for explaining the link, he tells WebMD. The Chinese researchers, he says, ''have identified a fairly novel one."

However, he cautions that the study was done in the laboratory. "The next step would be to do studies in animals,'' he says. Next would be studies in people. The lab and animal findings don't always translate to human studies, he says.

Joe Vinson, PhD, a professor of chemistry at the University of Scranton who has researched coffee, also reviewed the study findings. "We know that coffee can help prevent type 2 diabetes and this may be just one of the ways it can do that," he says of the new research. "There may be more."

However, the concentrations of coffee compounds used in the study appear much higher than what the body would get from typical coffee consumption, Vinson says.

There are many measures to take to reduce diabetes risk, Fonseca says.

"Walk 30 minutes a day, lose 5% of your body weight if you are overweight," he says. "While doing that, if you drink a couple of cups of coffee it won't hurt you."