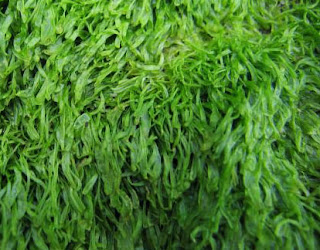 (NaturalNews) A team of scientists at the Faculty of Life Sciences (LIFE) at the University of Copenhagen, Denmark has discovered evidence that seaweed fibers have a high corrective impact on obesity.

The United States National Academy of Sciences, Institute of Medicine, recommends a daily intake of 20-35 grams of dietary fiber for an average adult for optimal results. Legumes, grains, fruits, vegetables and nuts are all rich in soluble and insoluble fibers and will provide this necessary amount.

The Dane team has studied the effects of seaweed fibers on weight gain as part of a doctoral research which was presented on December 14, 2011 at the LIFE University. The research was based on natural fibers known as alginates which were obtained from brown algae. Alginates have already been shown to have a beneficial impact on health. During animal tests, they were able to reduce fat uptake by up to 75%.

The Copenhagen study shows that this fiber has the ability to induce a feeling of fullness in the stomach and thus reduce the amount of food usually needed to achieve satiation. "Over a three-year period, we have studied the effect of taking different alginate doses. We are able to demonstrate that the healthy subjects who took alginates and were also allowed to eat as much as they wanted felt less hungry and ate less than the subjects not drinking fiber drinks with alginates," says PhD student Morten Georg Jensen.

Based on the data gathered over three years, the researchers have conducted a 12-week human study concerning the impact of seaweed fibers. The test group was formed of 96 men and women with weight problems, who were divided into two lots. The first one was given a supplement drink containing seaweed fiber extract before each meal, while the second one was given a placebo.

The results pointed that the people who drank the seaweed extract achieved a compelling greater wight loss than those in the placebo group. On average, higher alginate intake helped reduce body weight by 1.7 kilograms more, mainly by reducing body fat percentage. The scientists explained that the fibers "form a gel in the stomach" which boosts the gastrointestinal satiety signals that are sent to the brain. As an effect, the amount of food eaten on average by each person was significantly reduced.

With obesity figures escalating, and as access to energy-rich foods is becoming easier and easier, the current new study provides a natural, healthier dietary alternative. "Eating more than you burn results in a body energy imbalance, which may lead to weight gain in the long term. It is therefore crucial that new dietary measures improve appetite control and limit our food intake," says Morten Georg Jensen.

About the author:
Raw Michelle is a natural health blogger and researcher, sharing her passions with others, using the Internet as her medium. She discusses topics in a straight forward way in hopes to help people from all walks of life achieve optimal health and well-being. She has authored and published hundreds of articles on topics such as the raw food diet and green living in general. In 2010, Michelle created RawFoodHealthWatch.com, to share with people her approach to the raw food diet and detoxification.
--------
http://www.naturalnews.com/034632_seaweed_weight_loss_obesity.html
http://www.globalgwa.org/wp-content/uploads/2011/04/seaweed.jpg
Posted by pratanacoffeetalk at 8:29 AM