THE REDEMPTION FOR THE DARK KNIGHT 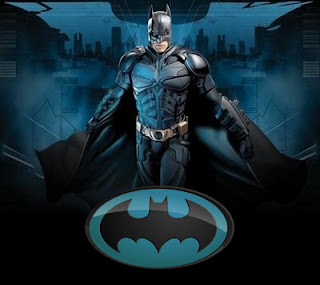 Sometimes when I look into the young faces of Batman fans eagerly talking about the final chapter of the Christopher Nolan Batman series, I feel both a sense of pride and anguish. These newly converted Batman lovers I speak of were either born in the late 1980s or some time in the 1990s. The Batman they know and love is the Batman worth knowing. He is troubled, complex and tragic. These young ones don’t remember that dark chapter in Batman history, when Batman became the laughing stock of hero movies everywhere.

Oh sure, the first Batman movie (simply called “Batman”) was pretty awesome. Released in 1989, it starred Michael Keaton as Batman and Jack Nicholson as the Joker, with Tim Burton directing. This movie was pretty awesome. It was dark, it was gritty (albeit for the 80s) and it gave Batman some hadrcore street cred.

Jump to 1992 with the release of “Batman Returns.” Michael Keaton continued as Batman, but we also got Catwoman, played by Michelle Pfeiffer, and the Penguin played by Danny DeVito. Again, we got a nice combination of grit and darkness with the added twisted narrative of DeVito’s Penguin. It’s really a messed up story when you think about it. The visual elements within Penguin’s narrative added a feeling of the grotesque, not enough to be off-putting but enough to cause unease. Tim Burton directed this film, as well, but here we saw him explore more of his Burton-esque style choices. We get less “Dark Knight” and more “Nightmare Before Christmas” (which he produced the following year). While the film still remained gritty and dark enough to be worthy of Batman, it was these Burton-style choices that hinted at the end.

Wait three years and we got “Batman Forever.” It was this movie where things started to go downhill. First off, we had Val Kilmer playing the role of Batman. I apologize to all the Val Kilmer fans out there but to me, he has the acting personality of a napkin. To say he was phoning in his performance would imply he actually has talent and he’s just not using it. This is false. Val Kilmer is not talented. Period. Nicole Kidman played Dr. Chase Meridian, Batman/Bruce Wayne’s love interest. Now, she was phoning in her performance (but I honestly don’t blame her. Who could convincingly act like they’re in love with Val “Blank-Face” Kilmer?).

The villains in this film were the Riddler, played by Jim Carrey, and Two-Face, played by Tommy Lee Jones. Now, if the writers and directors had even bothered to pick up a Batman comic book, they would realize that the Riddler and Two-Face are two of the coolest villains Batman has to face (second only to the Joker because, hey, that’s Batman’s archnemesis and it’s hard to compete with that). But it seems like the filmmakers only got the bare essence of the characters and then told Carrey and Jones to ham it up as much as possible. Combine this with a really lame script that is dripping with cheesy lines and you have two of the most ridiculous, over the top, bad, bad, bad performances of the 20th century. With “Batman Forever,” the reputation of Batman had slid from badass hero to a corny impersonation. You’d think that would be bad enough. But no. They found a way to fall even further.

Enter the 1997 disaster known as “Batman & Robin.” This movie is terrible. Just terrible. George Clooney played Batman and judging by his performance, even he thought this movie was a joke. We had Chris O’Donnell playing Robin and Alicia Silverstone starring as Batgirl. I don’t remember much about their performances (probably because they were so forgettable) aside from a lot of lame attempts at sexual tension.

But the worst part of this movie was the villains – Uma Thurman as Poison Ivy and Arnold Schwarzenegger as Mr. Freeze. If you thought Carrey and Jones’s performances were over the top, Schwarzenegger and Thurman turned it up to 11. Every line out of Schwarzenegger’s mouth was some bad pun about ice or freezing or whatever. Thurman’s character was supposed to be a seductress but only managed to be so kitschy that the only thing she seduced was a potted plant.

With the awful, campy “Batman & Robin,” the Batman mythos had become a joke. No one took him seriously. People had forgotten how cool Batman is, how gritty his narrative is, how troubled and complex he and the other characters are. He was a clown, the butt end of a cruel joke, and so he remained for eight long years.

Then a miracle happened. In 2005, (Saint) Christopher Nolan decided he wanted to reboot the Batman series and restore it to its former glory with “Batman Begins.” He did precisely what any successful reboot should do (for an in depth analysis on reboots, when they work and when they don’t, please read the Sept. 5 issue of Cannonized Cinema.) – he ignored previous narratives and retold the story the way it was meant to be told. He got rid of the cheesy and campy elements that had made Batman a joke and replaced it with real, complex characters, a solid plot and all the darkness and grit that Batman deserves.

Three years later, Nolan kicked it up a notch with “The Dark Knight.” The first Batman movie not to have the word “Batman” in the title, “The Dark Knight” reintroduced the Joker and made him the villain of all villains. Played by the late Heath Ledger, the Joker was complex and evil. He offered no explanation for his sinister actions other than, as Michael Caine’s Alfred points out, “Some men just want to watch the world burn.”

Adding to the grittiness of the Batman/Joker narrative, we got to see Harvey Dent, a hero in his own right, one of the good guys, slowly yet dramatically descend into the menacing Two-Face. We believed in Harvey Dent and then we saw him, as he ominously described it early in the film, “…live long enough to see [him] become the villain.” When I saw this film, it ignited in me everything I love about Batman. There were no simple answers (remember the two boats with bombs scene? Talk about an ethical dilemma of our day), things weren’t black and white (one of the first films to begin to question the morality of vigilantism) and sometimes the bad guys won.

Now, in July of this year, we will receive the final chapter of Nolan’s Batman trilogy, “The Dark Knight Rises.” Judging from the trailers, it looks like it’s going to be just as dark and tragic as “The Dark Knight,” if not more so. I, for one, could not be more thrilled. The end of the ‘90s was a sad and depressing time for all Batman fans. He had been reduced to a campy joke. But thanks to Christopher Nolan and his redemptive Batman trilogy, he gave us the image that “the hero [Batman] deserves.”