THE POWER OF PAUSE 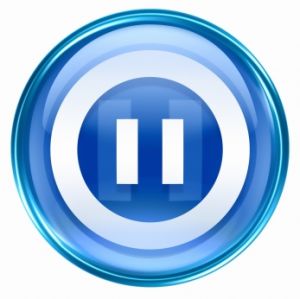 I don't know a single executive who likes to be described as tactical, short-term oriented or as somebody who gets unnecessarily "in the weeds." And yet, so many solid executives present, occasionally, all these behaviors, even when the situation doesn't call for them.

Why do people who have the potential and ability to think strategically, empower others and prioritize issues seemingly choose to micromanage — to act in a way that's myopically short-termed and dive into every problem thrown their way? The answer is that it's not a conscious choice. No executive chooses to behave this way, just like no executive wakes up in the morning thinking "today I will really mess up and frustrate lots of people."

Executives behave that way when they don't allow themselves to pause and reflect about what really matters. Imagine a tennis player practicing with a ball machine that is adjusted three notches above the pace the player is able to handle. No matter how good the player is, if balls are spit at an unreasonable speed and range, the player will quickly feel exhausted, overwhelmed and defeated (feel familiar?). Only by pausing, adjusting the machine, and deciding which balls to go for, the player will obtain results and become an even better player. Just like our frustrated player, executives need to deliberately pause and reflect instead of continuously try to tackle each and every ball tossed at them.

But in the absence of the clarity to separate the balls, all balls look alike and we will tend to try to catch all of them fearing that we might be dropping a crystal ball. Only by allowing (or forcing) ourselves to pause we can ask ourselves which balls are really crystal balls and will, therefore, break if we don't catch them.

At a higher level, as leaders, pausing and reflecting enables us to ask what our role really is, how to more effectively empower others to be the best at the roles they are supposed to play and, therefore, what we should really get involved with. Pause and reflection create space for us and for others — everybody becomes more effective and can grow.

Pause also creates high quality energy, increasing our resilience as leaders and our ability to deal with more complex issues. There are a number of ways to pause, physically, mentally and emotionally. A pause can be created by a walk around the block, 20 minutes of meditation, exercising, immersing into a hobby, or simply a high-quality coffee break. The important point is to create time and space to empty your mind and then reflect and filter issues.

How do you create pause and space in your life as a leader?