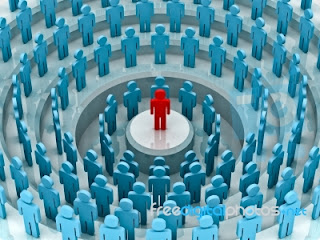 Several years before I came to Campbell I worked for the CEO of Nabisco as part of his executive team. He asked his direct reports to confidentially take a test designed to provide insight into our ways of thinking. The test results identified me as an "Idealist-Realist." I've used this term as a touchstone time and again over the years because it is such an apt description of my core leadership philosophy. Over my career, I have found that idealism and realism are the two leadership attributes that truly inspire and mobilize people. Separately, these qualities are limited and ineffective, but combined they create a powerful tool for engagement.

Rudy Giuliani understood this idea. As Mayor of New York City after September 11th, he stepped-up and announced to the world with conviction and confidence that "we are going to make this the safest city in the world." At the time, New Yorkers were beleaguered and demoralized. Many wondered aloud whether this was an impossible objective. Still, that vision of the future was one that people desperately needed to believe because it offered them the hope they longed for. But perhaps even more powerful than inspiration, Giuliani advanced pragmatic plans designed to help the city move towards that aspiration. Both his words and actions demonstrated that he realized the magnitude of the challenge. His inspirational vision and realistic approach united the people of New York City and enabled Giuliani to fundamentally change the profile of the city.

An idealistic vision is what motivates all of us. We want to know that we are working toward something consequential, something noble. This simple truth applies to every single person within your organization, from the receptionists to the general managers. That is the real job of a true leader — to offer a vision that inspires and motivates. But as difficult as that is to achieve, it is not enough. People also need to know that you yourself, as a leader, are in touch with reality, that you are willing to roll-up your sleeves and engage in the hard work that execution entails.

Bill George was able to achieve this ideal as Chairman and CEO of Medtronic, where he created an aspirational vision that centered on saving lives. To bring that vision to life he arranged for employees to meet face-to-face with some of the patients whose lives they were saving. He made it plain as day that together they were working toward something noble. But George also made it abundantly clear, through words and actions, that he understood the harsh reality of the challenge. Under his leadership, Medtronic grew in market value from less than $1 billion to over $60 billion in 18 years.

At Campbell, during my ten-year tenure, our idealistic goal was to "build the world's most extraordinary food company by nourishing people's lives everywhere, every day." While this is an ambitious goal, among many other things we're backing it up with specific programs that will realistically have a lasting, positive impact on the health and well being of the youth in local communities where our facilities are located. Our plan to make our hometown of Camden, NJ a better place is a small but meaningful part of what allows employees at Campbell to feel fulfilled through even this latest economic crisis. According to Gallup, Campbell has consistently maintained an employee engagement ratio at "world class" levels.

This extremely high degree of engagement is a byproduct of realistic-idealism. Over the years, leveraging this philosophy is what has helped me recruit and retain some of the best people in the consumer products industry.

As a leader, my thinking always starts with the question: how can things be better? I find it much more interesting, and fruitful, to start with optimism and then to move quickly on to how to execute against that aspiration. Of course, there have been times over the course of my career when I've fallen short of the ideal, where I've given up on the vision because it seemed too difficult at the time. Similarly, I have worked in environments where it has seemed impossible to find a compelling vision and I've had to settle into block-and-tackle mode. We've all been there. But over the last 20 years, I've committed myself to always striving for that higher ground — and it has made all the difference in my life and the lives of the people with whom I've worked.

An idealistic vision can lift people up and engage them, but it also needs to be approached in a way that acknowledges the reality of the challenge. Great leaders are able to work both agendas simultaneously in a compelling way.

DOUGLAS R. CONANT
Douglas R. Conant is the recently retired President and CEO of the Campbell Soup Company headquartered in Camden, New Jersey. He is the co-author, with Mette Norgaard, of Touchpoints: Creating Powerful Leadership Connections in the Smallest of Moments (Jossey-Bass, May 2011).
--------
http://blogs.hbr.org/cs/2012/01/the_power_of_idealistic-realis.html?google_editors_picks=true
Posted by pratanacoffeetalk at 8:02 AM