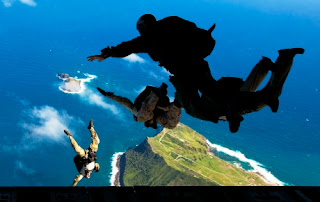 U.S. special operations forces swooped into Somalia on Wednesday and rescued two hostage aid workers after killing their nine kidnappers, a rare and daring raid in the Horn of Africa nation to free foreign captives.

American Jessica Buchanan, 32, and Poul Hagen Thisted, 60, of Denmark, humanitarian aid workers for a Danish demining group, were rescued three months after they were kidnapped on October 25 in the town of Galkayo in the semi-autonomous Galmudug region of the Horn of Africa country.


"The United States will not tolerate the abduction of our people and will spare no effort to secure the safety of our citizens and to bring their captors to justice," Obama said in a statement. 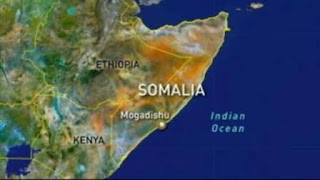 The rescue was carried out by forces that included members of the same elite Navy SEAL unit that killed al Qaeda leader Osama bin Laden last year in a raid on his compound in Pakistan, a U.S. official told Reuters on condition of anonymity.


In the night between Jan. 24 and 25 a US joint Special Forces team (including the Navy SEALs) team freed two Western workers kidnapped in Somalia on Oct. 25, 2011. They were an American woman, Jessica Buchanan, and a Danish man, Paul Tisted, working for the Danish Demining Group, abducted by armed people near Galkayo, a central Somali town located some 200 miles to the northeast of Mogadishu.

The BBC says U.S. officials have confirmed that the American Special Forces performed the overnight operation which resulted in a shoot-out with 9 Somali pirates killed and five captured. The team was parachuted from a plane (although NBC News, citing American officials, reported that two teams landed in Somalia by helicopter) and remained on the ground for about an hour, from 02.00 to 03.00LT (24.00GMT).

After the rescue team had rescued the hostages, the special forces left the area by helicopter and flew back to Dijibouti base of Camp Lemonnier. 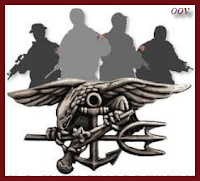 Other U.S. military services formed part of the assault team, and it was not clear that any of the same SEALs were involved in both the Somalia and bin Laden raids even if they came from the same unit, known as SEAL Team Six.

Members of the unit parachuted into a location near the town of Gadaado in central Somalia and then hiked to the encampment where the two foreign hostages were being held by their nine abductors, a U.S. official said on condition of anonymity.

The raiding party arrived prepared to detain the kidnappers but was not able to do that and all nine were killed, Pentagon officials said. The kidnappers were heavily armed and had explosives nearby, they said. None of the U.S. forces were hurt.


Since there was no need to deceive an enemy air defense or surveillance system whereas there was that to avoid the risk of both being “announced” by the noise of helicopters or, even worse, to face other problems with stealth technologies in the wrong hands in a foreign country (as happened too many times in the last year) it is possible that, this time, with the Black Hawk Down accident in their minds, the Special Forces opted to be paradropped by a cargo plane.

Indeed, at least four C-17s belonging to the 437th Airlift Wing from Charleston AFB were reported by UK spotters to be refuelled by four KC-135 tankers launched from RAF Mildenhall sowhere off the European coasts on their way to Dijibouti a couple of days ago.


They said a confluence of factors, from the health of the hostages to the available intelligence and operational conditions, gave Obama a window of opportunity to act and prompted Washington to move ahead with the raid.

Buchanan was suffering from a possible kidney infection, according to people involved with the hostages. New evidence obtained last week suggested her health was deteriorating, said Pentagon officials, who would not elaborate on her condition.

"We're confident that there was enough of a sense of urgency, there was enough actionable intelligence to take the action that we did, for the president to make the decision that he did," said Navy Captain John Kirby, a Pentagon spokesman.

Buchanan and Thisted were flown to neighboring Djibouti, home to the only U.S. military base in Africa and France's largest base on the continent, a U.S. official said on condition of anonymity. They were under the care of U.S. military doctors, officials said.

Obama was overheard congratulating Panetta on the success of the operation as the president entered the U.S. House of Representatives chamber on Tuesday for his annual State of the Union speech.

Panetta had been at the White House before the speech and had been monitoring the progress of the operation. The raid was still being wrapped up when the president spoke to him.

The Pentagon said there were no known links between the kidnappers and Islamic militant groups in the region. Kirby said the U.S. military had no evidence to connect them to piracy.

But Obama called them "criminals and pirates" in his statement, as did local officials.

"About 12 U.S. helicopters are now at Galkayo. We thank the United States. Pirates have spoilt the whole region's peace and ethics. They are mafia," Mohamed Ahmed Alim, leader of the Galmudug region, told Reuters.

He was speaking from Hobyo, a pirate base north of Haradheere, where he said he was negotiating the release of an American journalist seized on Saturday, also from Galkayo.

Somali pirate gangs typically seize ships in the Indian Ocean and Gulf of Aden and hold the crews until they receive a ransom. The kidnapping of the aid workers in Galkayo would be an unusual case of a pirate gang being behind a seizure on land.

U.S. and French forces have intervened to rescue pirate hostages at sea, but attacks on pirate bases are rare.

Pirates and local elders say the American journalist and a number of sailors from India, South Korea, the Philippines and Denmark are being held by pirate gangs.

A British tourist kidnapped from Kenya on September 11, 2011 is also still held captive in Somalia.

Somalia's government applauded the mission and said it welcomed any operation against pirates.

U.S. special forces killed senior al Qaeda militant Saleh Ali Saleh Nabhan in a raid in southern Somalia in 2009. Several other al Qaeda or al Shabaab officials have been killed in U.S. drone strikes in Somalia over the past few years.

Panetta visited U.S. troops in Djibouti last month on his way to Afghanistan and Iraq, in a stopover that reflected Obama's growing focus on the militant and piracy threats from Yemen and the eastern edge of Africa.

In Djibouti, the United States has a platform to monitor al Qaeda in the Arabian Peninsula in Yemen and Somalia's al Shabaab, a hardline rebel group with links to al Qaeda.