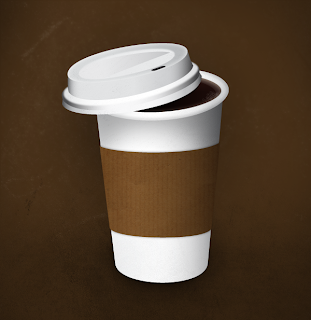 (NaturalNews) Conventional wisdom about weight loss suggests coffee may be a good addition to a diet plan since it has minimal calories and no fat. While this seems logical, a more holistic view evaluates coffee from the perspective of its influence on the body's ability to metabolize the other food we eat. Recent studies suggest that despite its low calorie count, coffee may actually promote weight gain as well as type 2 diabetes by stimulating cortisol production and insulin resistance.

One of the roles of cortisol, known as the stress hormone, is to help facilitate the fight or flight mechanism designed to save us from physical threat. When the body is stressed, cortisol's job is to up blood pressure and speed carbohydrate and fat metabolism, increasing the amount of blood sugar in the system to feed muscles and cells so they can function more effectively when stressed. Cortisol also promotes the release of insulin necessary to facilitate movement of glucose into the cells.

This cortisol-induced demand for blood sugar causes us to feel hungry, encouraging us to eat more despite our best intentions. Of course this situation is exacerbated if we drink more coffee when we are also under stress. If our response to the increased cortisol were physical, like running away from a perceived threat or choosing instead to fight, we might burn off the extra fuel. However, in today's world since most stress is mental or emotional and rarely due to actual physical threat, weight gain is a likely result. In addition, faced with consistently elevated insulin levels, our cells will tend to become resistant to its effect making them less able to utilize our now elevated levels of blood sugar. This insulin resistance condition is often followed by a diagnosis of type 2 diabetes.

While caffeine prompts cortisol production, a 2005 study published in the journal Psychosomatic Medicine found that regular coffee drinking increases our tolerance, blunting this effect somewhat. Subjects in this study who were given caffeine after a five-day fast showed cortisol spikes in the morning; an effect which diminished after several days of regular exposure. However, researchers also found that when subjects were exposed to caffeine continuously throughout the day, cortisol levels began to rise again in the afternoon. Further results also showed that study participants prone to high blood pressure reacted more strongly to the caffeine than did others and produced more cortisol.

This means for people who sip coffee throughout the day, there is a good chance their body will respond by eventually producing more cortisol encouraging weight gain and/or the development of type 2 diabetes, especially those who are hypertensive. On the other hand, for those who limit their intake of coffee to one or two cups first thing in the morning their cortisol response may be less serious.

According to Shawn Talbott, PhD, author of The Cortisol Connection, another one of cortisol's roles is to encourage our bodies to store fat; a process that is helped along by higher levels of insulin. Unfortunately, this particular fat often gets located in the abdominal area causing a condition that may be associated not only with diabetes but also with heart disease, high cholesterol and hypertension.

For all of these reasons, in spite of its minimal calories, drinking coffee may not be a good decision for anyone who's goal is to lose weight.